How to Foster a Positive Relationship Between Students and Food 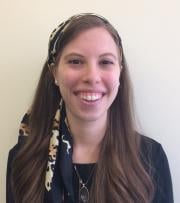 By Lauren Smolar, Director of Programs
National Eating Disorders Association
Ms. Smolar has been with the organization for five years, and formerly directed the NEDA Helpline services team.

Our society is plagued with negative language when it comes to talking about one's body. We live in an era where it is expected to critique ourselves, as well as our eating and exercise habits, when we are around other people, particularly in a setting where food is present. This norm has made its way into schools, where discussion around body image and dieting is often a prevalent and triggering topic.

The median onset for an eating disorder is between 12 and 13 years of age, but individuals will show signs of body dissatisfaction as early as the age of six, with 40-60% of girls between the ages of six and 12 expressing concern about their weight or the fear of becoming fat (Smolak, 2011). The desire to be thin is seen in 42% of girls between first and third grade (Collins, 1991). With 35-57% of adolescent girls engaging in dieting and restrictive eating behaviors (Boutelle, Neumark-Sztainer, Story, & Resnick, 2002), talk around dieting is often prevalent in school environments. The American Academy of Pediatrics has shown that when adolescents engage in talk about their weight, they are “more likely to engage in dieting, unhealthy weight-control behaviors, and binge eating” (Golden, et. al., 2016).

It’s important for students to developing healthy lifestyles, but according to the AAP, there is a fine line between being fixated on health and an obsession with weight. In many school settings, lunch is unsupervised: students may eat whatever they’d like and they are not monitored in what they say to their peers. Certain comments about food and weight made by one student could be triggering to another student.

Teachers and parents have the ability to instill positive thoughts around food in their students and children. Here are some ways to foster a positive relationship between food and students:

● Remind students that they’re worth more than the food they consume and what they look like. Their interests, academic achievements, and passions are what will make them interesting and well-rounded individuals, not what is or is not on their plate.

● Food is fuel. There are no “good” or “bad” foods. When a student is hungry, encourage that student to eat what makes them feel good, and that will be different for every student.

● Discourage students from commenting on what other students eat. Comments such as “you’re so lucky you can eat whatever you want” may sound like a compliment at first, but it’s not and it could trigger a student.

● For parents, make meal times an experience. Cook meals together and eat together. Be sure to establish a positive relationship around food at home that a student can tap into at school.

● Avoid comments about how much a student does/does not eat.

● Be aware of how students act after lunch time. If you teach a class right after lunch, be cognizant of how your students are acting. If you are concerned, talk to the student.

● Lead by example. Don’t talk about dieting, excessive exercise or restrictive eating in front you children.