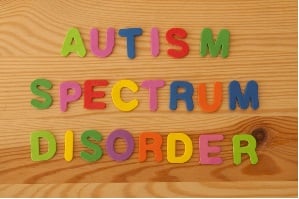 The Autism and Obsessive Compulsive Spectrum Program and the Anxiety and Depression Program at the Albert Einstein College of Medicine and Montefiore Medical Center :
https://www.einstein.yu.edu/departments/psychiatry-behavioral-sciences/autism-program/

In recent history, autism has been identified in several gifted artists and scientists, although it is more generally associated with severe and impairing conditions. Today, we talk about “autism spectrum disorder” (ASD), a definition that recognizes the heterogeneity and complexity of a lifelong condition, whose symptoms fall into a continuum and account for large variations from patient to patient. A number of medical and psychiatric comorbidities ranging from gastro-intestinal and autoimmune disorders, to ADHD, depression, OCD and anxiety disorders, contribute to challenges in assessment and treatment of this condition, which requires a multidisciplinary approach.

Although anxiety is not considered a core feature of ASD, anxiety disorders are the most common comorbid conditions in these patients. Because of the great impact on the course of the disorder, recognizing anxiety and treating it properly is particularly important for the well-being of these patients.

Core Aspects Of ASD And Their Clinical Presentation

As the Diagnostic and Statistical Manual of Mental Disorders- 5th edition states, the core symptom domains of ASD are constituted by deficits in social communication across multiple contexts (deficits in social-emotional reciprocity, non-verbal communication and developing relationships), as well as restricted, repetitive patterns of behavior and interests.
These symptoms must be present in the early developmental period, however they may not become apparent until later in life.

When Do These Patients Seek Help?

The main reasons why patients with ASD seek help can be divided into two categories, reflecting two different subgroups of the disorder:

Is Anxiety An Important Problem In Autism?
Although anxiety is not considered a core feature of ASD, 40% of young people with ASD have clinically elevated levels of anxiety or at least one anxiety disorder, including obsessive compulsive disorder.
It is particularly important to recognize and treat anxiety in ASD since it has a great impact on the course and the core aspects of the disorder, exacerbating social withdrawal as well as repetitive behaviors.
Moreover, while untreated comorbid anxiety has been associated with the development of depression, aggression, and self-injury in ASD, an early recognition and treatment may convey better prognosis for these patients.

How Anxiety Arises In ASD And How To Recognize It
It’s not easy to recognize the presence of anxiety in patients with ASD, because of overlapping symptomatology and altered presentations of symptoms.
Patients who are minimally verbal may be unable to report their internal states (eg worry) and instead demonstrate anxiety through disruptive behaviors, while others may be verbally fluent but present with difficulties in understanding ones’ own emotions and expressing these emotions.

How To Treat Anxiety In ASD. A Personalized Approach

The evidence concerning the impact of anxiety on the course of ASD highlight the importance of treating anxiety problems in a timely fashion to improve overall functioning of individuals with ASD.
While not a core aspect of ASD, but rather a distinct disorder arising in the course of ASD, anxiety can be treated separately from the other domains of the disorder, but treatments have to be adapted to this population.
Specific approach for the treatment of anxiety in this population include: 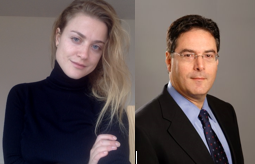 Dr. Elisabetta Burchi is resident in psychiatry at the University of Florence (Italy) and research fellow at the Autism and Obsessive Compulsive Spectrum Program at Montefiore Medical Center and the Albert Einstein College of Medicine

Dr. Hollander has published more than 500 scientific publications in the professional literature. Dr. Hollander is listed for the past ten years in NY Magazine’s and Castle Connolly’s “Best Doctors”, and “Best Doctors in America”.

Nowhere in this article does it mention the devastating, long-term physical consequences of anxiety and stressors which are very well known. Attention should be paid to this issue for the benefit of those on the spectrum as well as the alarming financial burden of these consequences on families and society. Inflammation alone, created by effects of anxiety, wreaks havoc on the human body. This needs to be addressed in the research and literature.

I totally agree. I was hoping atypical presentations of anxiety (the debilitating type) would be mentioned and for these cases, other methods of treatment whether in psychotherapy or pharmacotherapy would be presented in these otherwise stubborn cases of anxiety in the struggling population of young people with ASD.

Services for adults over 18

Programs and services are not available for patients over 18. A significant number of ASD patients begin to exhibit anxiety and depression closer to high school graduation and after when they realize they are entering the adult world without structure and safety of the school, IEP and resources end after graduation and nothing is available in th communities. A large population is falling through the cracks because services and programs for adults with these issues are not there.

I agree Suzanne! My son just graduated high school and is having a tremendous amount of anxiety. We tried to start him in a Jr. college and he could not handle it. The sad part is that he is crying so hard, because he wanted this to work. He can’t go to college, can’t work, can’t drive! All because of his terrible anxiety. How can he go on with his life with nothing out there to help him?

He needs to take care of himself and find his own limitations. I say to your son: Do not stretch too far but begin to understand yourself and the limitations that are you. It is not your fault and you can find enough coping tricks to make your life a success. That takes time, lots of time and creativity. I am 72 and I managed falling down and standing up not knowing till recently that I am on the spectrum. Get your collage education or whatever through the internet. Find other aspergers on the net too. Take care of yourself by whatching over yourself. It is a lifelong condition and I do believe that anxiety is a core deficit of autism. You only break yourself by stepping over the lines of your sanity. Good luck you will make it!

I have 2 adult sons on the Autism Spectrum. We had genetic testing for MTHFR to discover both of them had double mutations. They both now take Deplin or L-methy Folate. Please check into the need for supplementation and how it helps those with anxiety.

I'm not sure, but I believe I am on the spectrum with Asperger's. So much anxiety. Some things I am really good at. People say I'm social and I am, but I didnt instinctively know how to communicate. No self worth?? I have a master's degree yet deep down I know I'm different..I share too much personal info trying to figure out who I am and why do I feel things so deeply, analyze all thoughts..what I said and what others said. I was bullied in adult life via my ex husband and his family and my siblings never understood me. Emotional neglect with HSP and aspergers..I feel alone because I want to understand. So I'm not sure but the anxiety is killing me. I absorb abusive words and behaviors and thrive with supportive people. I take 250 mg of Ashwaghanda, 250 mg of Gaba and 50 mg of B6..one to two times a day. It has helped so much but I know environment is important. I've suffered from controlling and abusive people my whole life..if I'm Aspergers with OCD and possibly ADHD, it will explain a lot. It's hard to endure life when people don't like you being different..

I read a book called "Reset Your Child's Brain." It mentions that screens of all types (smart phones, video games, social media, online pornography) are at the root of, or highly related to, many of the issues Asperger's/Autistic young men and women are facing today. I hope you have considered that possibility. Excessive screen time often makes an organic problem even worse.

I have ASD I have anxiety blow outs. On the verge of becoming homeless. I have found no real help just doctor's offering anti-psychotics. Ones the cause deep depression & suicidal thoughts. My social skills are shot I have no real social skills talking face to face with people for very long. sound sensitivity. yes curtain sounds or volumes trigger anxiety for me. I'm dealing with allot here. And Salem don't have the help I need all they got is more pills....

Hello! Have you read
From Anxiety to Meltdown
How Individuals on the Autism Spectrum Deal with Anxiety, Experience Meltdowns, Manifest Tantrums, and How You Can Intervene Effectively
By Deborah Lipsky · 2011
About this edition
ISBN:9780857005076, 0857005073
Page count:240
Published:August 15, 2011
Format:E-book
Publisher:Jessica Kingsley Publishers
Author:Deborah Lipsky

Great, if only the help was readily available

I've found this very useful and hopefully can use it to help my son, 9, who has been suffering with anxiety for over a year.
It effects his every day life, he physically makes himself sick to avoid school trips (because the tigers at the zoo might escape and eat the kids), he can't sleep (because what if the smoke alarms go off and it doesn't wake him up), there's more and I have no idea where it comes from. No matter what I say or how I try and explain and get him to feel safe, it doesn't work, I'm no where near qualified enough for this. And of course this has lead to OCD behaviour, checking sockets are off, smoke alarms must be tested, doors must be checked, windows have to be closed and locked. I'm torn between not wanting to harm him by refusing to let it be done or enabling him. But after 12 months of begging Drs, being refused by local child mental health services (because he's not suicidal, that's no joke by the way that's actually what we were told) and having private councillors turn us away because he's autistic, I'm stuck with hoping what I read on the Internet will help us help him.

I was told by a very experienced behavioral therapist consultant that in order to find a psychiatrist or psychiatric nurse practitioner who would evaluate my autistic adult son and provide medication monitoring that I must not approach mental health professionals with stating that my son was autistic but rather my approach must be a solid statement about my son's anxiety, depression, agitation, and aggression. I took her advice. I did mention that my son was autistic as well. I stated that my son is aware he is different and that he is aware he cannot do those things that other men his age do ie go to college, get a job, keep a job, go out on dates, drive an automobile, etc. The awareness of his limitations causes my son extreme anxiety that exhibits as depression, violent thoughts, banging his head on a wall (new behavior), anxiety, agitation, and agression some of the time. I discovered that these are the words that fit the type of work mental health professionals are there to address which in turn more adequately describe my 30 year old son's mental health state. My son is an only child. I am my son's advocate, care provider, biological mother; and his power of attorney both medical and financial.