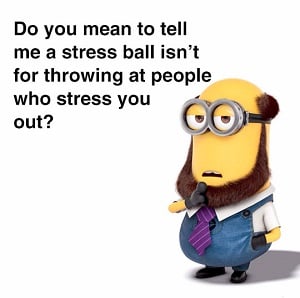 The first time I saw a flameless cigarette lighter anywhere but a car was on an enclosed patio wall of the Oakland psychiatric facility where my therapist had sent me due to anxiety and depression. Smoking was the only vice afforded to us. Though even while despondent, I wasn’t interested in adding nicotine to a budding alcohol addiction. Perhaps I had hope after all.

He who has a why to live can bear almost any how. – Friedrich Nietzsche

I left triage a few days later, knowing the next bout of crippling anxiety or profound depression was a breakup or mere bad day away. I had no more coping skills than I did before arriving. Beyond therapy and medication, I needed to find a motive to get right with the world and somehow thrive.

I began to journal and noticed a subtle pattern throughout my anxious behaviors. Humor. Many of my anxiety-related mannerisms are dysfunctional, but laughable and cathartic. By way of example:

Mark Twain was prescient in stating, “The secret source of humor itself is not joy but sorrow.” Studies confirm that laughter lowers blood pressure and releases beta-endorphins, a chemical in the brain that creates a sense of joy. These endorphins counter the adrenaline and cortisol that fill the anxious. The calmer we are, the more we remain in rational or positive mind.

Moreover, humor is clinically validated to reduce stress long-term by improving the immune system through the release of neuropeptides, relieving pain, increasing personal satisfaction, and lessening depression and anxiety (source: Mayo Clinic, April 21, 2016). The simple act of smiling causes the brain to release dopamine, which in turn makes us feel happy.

Our thoughts affect our body, and vice versa. Anxiety in the mind creates a stress response in the body. Conversely, calming the body will yield positive cerebral results. All physiological functions are linked, and the mind-body connection is especially strong.

Perhaps most impactful to the sufferer, however, is that humor provides a unique and unrivaled perspective that shifts our thinking away from despair and toward the awareness that a radically different outcome is possible. Humor is the most accessible form of relief. It may initially feel counterintuitive to associate humor with misery. But sourcing the comical manifestations can separate you from your affliction. It’s also how I salvaged my life.

So how do you find the lighter or even amusing side of a debilitating disorder? First recognize that what you’re feeling might be an irrational anxiety. Now dig a bit deeper. What are the potentially laughable nuances of your anxiety? Maybe you occasionally freak-out when you text someone about something seemingly dire and don’t hear back for a while. Your rumination and worry churns into resounding panic, yielding a volley of additional texts – all met with successive silence. Next you concoct a series of worst-case scenarios about why they’re not responding to you; not limited to them driving off a bluff while reading your original text, or deciding they just don’t like you anymore. And just as you’re texting a coup de gras, they reply. It’s like the Heavens opened and gossamer-winged angels descend upon you because it came with a heart emoji.

Alternatively, perhaps you get uncomfortable during long pauses in a conversation. Even a few moments feel far too angst-ridden, so you fill the void with a non-sequitur about your husband’s botched hysterectomy, or you ask your boss how her divorce is going. Your attempts at social stimulus are met with chirping crickets. And, now scorn. Embrace your angst with a cozy smattering of acceptance, and remember that Humor = Calamity + Time. Gain some intellectual distance from your anxiety, and you’ll start to perceive the humor within your anxious thoughts, feelings, and behaviors.

When you acknowledge your anxiety, and detach yourself from it (i.e., you are not your anxiety), you can then take note of the humor. In turn, you will feel a sense of control over your anguish. Find the humor, and you’ll feel the hope for a better state of mind.

It is well known that humor, more than anything else in the human make-up, can afford an aloofness and an ability to rise above any situation, even if only for a few seconds. – Viktor Frankl 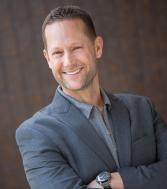 The creator and co-author of 101 Ways to Conquer Teen Anxiety and the forthcoming In Case of Anxiety - Anxiety Hacks for a Janky World, Jon pursued his alchemy of nonfiction writing devoted to assisting people with life-altering adversities through cringe-worthy, cathartic and insightful works that tackle various hardships in an approach not utilized elsewhere. As an active and gregarious guy who rebounded from 13 sports-related surgeries, anxiety and a cancer diagnosis on his birthday, Jon is an expert at sourcing the meaning when things go sideways, while helping others to leverage their innate ability to adapt and overcome intense difficulty. He holds an M.A. from Cal Poly, San Luis Obispo, and has spent years studying, utilizing and sharing Cognitive Behavioral Therapy (CBT) and Dialectical Behavioral Therapy (DBT) techniques, which he is able to discretely convey in clever laymen style. Jon can be reached via his authoring site at StateOfAnxiety.com.