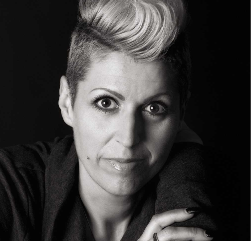 I started crying as I sat in my car after my last radiation treatment, looking at the diploma they gave me printed on cheap copy paper from the office.

I sobbed for a good 20 minutes. I felt so lost and abandoned. My final day of cancer treatment was one of the lowest points of my life. Contrary to popular belief, getting a diploma to signify “graduating” from treatment felt more ridiculous than triumphant. I had spent every minute of every day for the last year fighting an invisible foe that had been invading my body. Every waking and sleeping moment was consumed with fighting cancer; there was no escaping it. And now? Just like that, I was done. I was free to go live my life, but it wasn’t that simple.

Although I was done with treatment, my body still bore the effects of the last year following my malignant pleural mesothelioma diagnosis. I was fortunate enough to find a specialist who offered me hope and underwent the aggressive course of treatment my doctor recommended. I had surgery to remove my left lung, four rounds of chemotherapy and these final 30 radiation sessions that had been the most difficult part to endure. My skin was red and angry, blistering in places where the beams had been strongest, a painful reminder of where the tumor had been. I was constantly sick from the radiation, and the fatigue didn’t magically disappear now that I had this diploma of completion.

I did my best to return to any semblance of normal, but I didn’t know what that looked like anymore. I had to sell my business and retire from an industry I loved, and was now unexpectedly a stay-at-home mom. In only three and a half months I had gone from giving birth to receiving a diagnosis that came with a prognosis of 15 months to live. As a result of the surgery and treatments, working a regular job was not a possibility, so I jumped into being the best and coolest mom ever. For many years, I tried to shove down the growing anxiety that creeped up every time my 3-month check-up rolled around. There’s even a word for it in the cancer community: “Scanxiety.”

The “what if” thoughts swirled around in my head, a constant chatter in the back of my mind that never went away. What if my scans aren’t clear? What if the cancer comes back? What if cancer strikes someone else I love? I did my best to stay positive and put on a good front, which I was successful at for a few years, but anytime you push something down and ignore it, it grows bigger, stronger and demands to be acknowledged. After six years of trying to cope on my own, I hit my breaking point when my daughter was in 2nd grade.

For some reason she was sick quite often that year. At least once a month she had bouts of vomiting and other gastrointestinal issues. I’d been around the cancer community long enough and knew too much. My anxiety burst forth, as if this was exactly the trigger it needed to fully develop. When she came home from school with even a simple cold, it twisted me into hand-wringing terror. I knew this was bigger than typical mom-worry. At the urging of my husband, I finally sought out help and found a therapist who specializes in post-cancer trauma. She told me I had PTS, Post Traumatic Stress. Over the next year, going to bi-weekly appointments, I was able to get a handle on my anxiety and its triggers.

One in five cancer patients are diagnosed with anxiety, depression or PTS, either during or after cancer treatment, but this statistic is probably not an adequate reflection. I dare say anxiety and depression are far more widespread than reported as many people face it silently. According to the National Cancer Institute, cancer patients aren’t the only ones diagnosed with anxiety or depression. Their caregivers are often under heavy amounts of stress and need support as well.

Those with aggressive, or difficult to treat cancers like brain, pancreatic and lung commonly report feelings of distress, yet the type of cancer doesn’t really matter. In my current role as a patient advocate, I often encourage those affected by cancer and their caregivers to find a support group and therapist to help them deal with the myriad emotions that surface from a cancer diagnosis.

Survivorship is not the end of cancer treatment, but the beginning of a new type of treatment, one often ignored by medical staff because the disease itself is no longer present. Depression and anxiety cannot be overlooked. No matter what causes them, they should be given the same attention and treated as any other disease. Helping cancer patients live their best lives after treatment ends needs to involve mental health, and starting the conversation is the first step.