A Most Difficult Decision: Pregnancy and AntiDepressants 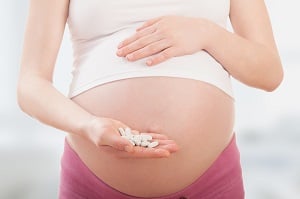 Pregnancy and antidepressants:  If you’re unsure about taking medication, you’re not alone.

The decision to take antidepressant medication during pregnancy is one of the most difficult decisions an expectant mother will ever make. Of the many factors to consider, the safety of the fetus and the health and well-being of the mother must be taken into account. A study published in the December 2015 issue of JAMA Pediatrics is sure to make this decision harder for some women: It suggests an association between antidepressants and a diagnosis of autism spectrum disorder (ASD) in the offspring. This is not the first time this has been suggested, and it will not be the last. The fact is that it is unethical to conduct a randomized controlled trial in a pregnant woman, which is necessary to establish causation. And association is not causation; we need much more information to establish that antidepressants during pregnancy have any responsibility at all for a diagnosis of autism.

The numbers are provocative: The study cites antidepressant use in pregnancy associated with an 87 increased percent risk of an ASD diagnosis. However, it is important to note that the absolute risk of ASD rose from less than 1 percent to under 2 percent of infants exposed to antidepressants later in pregnancy. Risk does not equal cause.

Many experts have cited problems with the study, primarily that it does not address the fact that women suffering from psychiatric illnesses already face a greater risk of having children with ASD. According Roy Perlis, MD, the medical director of the Bipolar Clinic and Research Program at Harvard University, “The risk travels with the disease, not the treatment.” Up to 25 percent of expectant mothers can experience depression during a pregnancy. Psychiatric illness during pregnancy carries its own risks, and it has also been associated with a diagnosis of ASD in infants.

At this point we do not have enough data to definitively say what is safe and what is not during pregnancy. What we do know is that depression must be treated during pregnancy, and that there are many effective therapies available. No woman should use this one piece of data to make a decision about whether to remain on medication throughout a pregnancy. Depression is a serious illness with risks to both mother and fetus, and it deserves to be treated with methods that have proven efficacy.

Psychotherapy and other treatments that work should be considered along with antidepressants, and both the mother’s health and the safety of the baby must be taken into account. It is a complicated decision that determined by the parents and treatment providers, examining all factors and weighing the risks to all.

Marlene Freeman, MD, Director of Clinical Services at the Perinatal and Reproductive Psychiatry Program at Massachusetts General Hospital, adds this: “What I am telling patients is that there is an inconsistently shown risk, probably very low because it is not showing up consistently among studies. If women are able to come off medication and remain well, we do want to limit exposures to any unnecessary medications.”

Antidepressants in Pregnancy May Raise Autism Risk (But depression, not medication, might be a possible trigger, experts say) 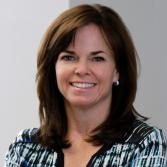 Beth Salcedo, MD, ADAA's current board president, is the medical director of The Ross Center for Anxiety and Related Disorders, LLC. She is also a partner at Manhattan Psychiatric Associates, PLLC.