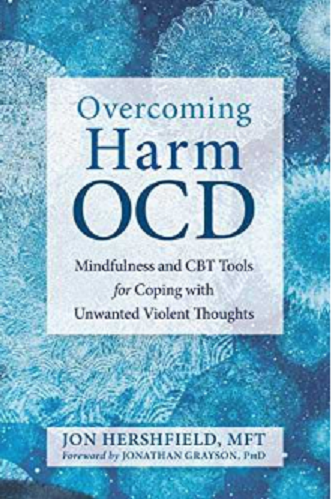 You can do pretty much anything you want in this life except willingly or carelessly harm others. Of all of the demands society places on us, to be hygienic, to stay healthy, to be organized and strive for protection... no burden on the self is higher than the one to do no harm, especially violent harm. So it shouldn’t come as a surprise for anyone suffering from obsessive-compulsive disorder (OCD) that this subject is such fertile ground for struggling with uncertainty. Yet, if you’ve ever stood next to someone at a crosswalk and wondered what’s to stop you from pushing them in front of a car, or ever looked at a pair of scissors and wondered what’s to stop you from stabbing yourself with them, or ever held a baby and wondered what’s to stop you from punting them downfield, you may still find yourself plenty surprised by your own mind when it demands you be certain of the answer.

Aggressive obsessions, or unwanted thoughts of violence towards self and others (sometimes referred to as Harm OCD), can be a horrifying, though common, manifestation of OCD. Like any form of the disorder, the thoughts often arise as what-if questions, such as:

They may also arise as “command” or “do it!” thoughts – not exactly orders to act violently, but thoughts that seem to be claiming it would be a good move in the moment. What separates this from other disorders that may include violent thoughts, such as certain personality, mood, and impulse control disorders, is the sense of threat and burden you may feel when you notice the thoughts. These thoughts just don’t seem like they line up with your overall assumptions about your identity (a quality sometimes referred to as “ego dystonic”).

Even in the form of a statement like “do a violent thing”, there is this sense of overwhelming responsibility for resolving a question of uncertainty. How do I know I won’t act on the thought? Concerns about whether or not you may have enjoyed the thought also come in to the mix because the OCD is likely to claim that enjoying such violent content is an indicator of a character flaw that ends up with you committing violent acts.

The first thing you need to understand is you’re not crazy. Having unwanted thoughts with violent content is a totally normal part of how the brain works and people with and without OCD have these thoughts. People without OCD are more likely to assume that mechanisms in the brain for controlling impulses can be trusted to do their job. So unwanted and intrusive violent thoughts appear about as threatening as an email with the subject heading “We need your bank account info, Sir or Madam, to transfer a million dollars we found and you can trust us.” The best this junkmail gets is an eye roll, or maybe the extra effort of actually marking it spam. The email doesn’t need to be opened and its contents do not require debate. To the Harm OCD sufferer, this trust doesn’t feel like enough. The Harm OCD sufferer wants proof that it’s junkmail, and it’s this certainty seeking that eats away at self-confidence.

To build the missing confidence, two things need to happen. First, exposure to the uncertainty, so we can learn how to navigate it. Second, and just as essential, the elimination of certainty-seeking efforts, better known as compulsions. This process is called exposure and response prevention (ERP).

A compulsion can be nearly anything, so long as its aim is to reduce distress over the unwanted thought by getting more certain about its content. In other words, compulsions are strategies for convincing ourselves that our violent thoughts won’t become violent behaviors. The problem is, when you try to convince the brain of something it had already assumed, it simply creates more doubt and confusion. “Well, she sure is looking hard for something, so there must be something to look hard for,” says the brain.

Here are some compulsions common to Harm OCD:

This would include exposing to actual objects, situations, or environments where unwanted violent thoughts may arise. It may include doing exposures with sharp objects, or being alone with a triggering person, or standing close to someone near a ledge. The point of all of this theater is to show the brain that you are capable of removing your safety barriers, having the thoughts and feelings you believe you need safety from, and resisting compulsions anyway.

You might feel like Harm OCD is the downside of creativity, but nonetheless your creative mind can be used as a major asset in your treatment. Imaginal exposures may include writing stories (scripts) describing your fears coming true and you having to cope with the consequences. Watching triggering videos or reading triggering stories while imagining yourself in the circumstances can also be useful. But this only works if you do it without the intention of reassuring yourself.

Many Harm OCD thoughts are connected to internal physical and emotional states that trigger concern about the unwanted violent thoughts. For example, feeling angry or over-stimulated may make you feel less controlled, and this sense of reduced control may trigger your obsessive fear of acting violently. Strategies aimed at generating these internal states could be as simple as jogging in place to increase your heart rate or listening to an audio clip of someone yelling to make you feel tense.

Your most effective ERP is going to involve a variety of the above approaches, as well as combinations of these styles done at the same time. The closer you get to sounding off your alarm bells and the more consistent you are at resisting compulsions, the more likely your self-confidence can be patched back together and your brain’s spam filter will start doing its job.

ERP Only Works When Constrained By These Guidelines

Before you conclude that OCD therapists are just training secret squads of suicide clubs and serial killers, remember the following guidelines, which create the essential conditions for effective ERP.

A Brief Meditation on Mindfulness

I can’t wrap up this blog about unwanted violent thoughts in OCD without at least mentioning mindfulness. Mindfulness is a word used to describe a perspective we take when we are observing the present moment as it is instead of being distracted by our ideas of what it could be. Intrusive thoughts are, by the very nature of them being perceived as intruders, major distractions from the present moment. If we could see them as mere objects of attention, ingredients in (not contaminants of) our mental soup, we could notice them and return from them without having to meet OCD’s compulsive conditions first. Developing mindfulness skills is therefore useful both in rolling with the day-to-day experience of having unwanted thoughts and with resisting compulsions in the midst of doing ERP.

Asking for Help Is Your First Big Exposure

You may have never sought help for, or even told anyone about, your intrusive violent thoughts because of the fear you’ll be judged, misdiagnosed, or find out you have some problem that isn’t OCD and can’t be treated. The unfortunate truth is that many people still do not have access to accurate information about OCD from a trained specialist in the disorder. Greeting a stranger with a laundry list of violent thoughts you’d like to stop being burdened by sounds pretty absurd, yet this is how many therapeutic relationships start in the OCD community. You can increase the success rate by making sure the therapist you choose is trained in treating OCD, but still your first act of courage and your first exposure is asking for help. Harm OCD is a common and treatable manifestation of the disorder and with the right tools, you can develop mastery over it. 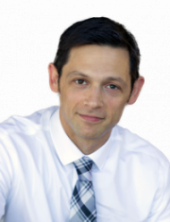 Jon Hershfield, MFT is the director of The OCD and Anxiety Center of Greater Baltimore and the author of multiple books on mindfulness and CBT for OCD.  www.ocdbaltimore.com

your blog on harm

Thank-you again John, You HAVE THE BEST WAY EVER OF EXPRESSING OCD SYMTOMS AND THE ANXIETY THEY CAUSE. i AM SO GRATEFUL YOU ARE ON THIS PLANET, DOING WHAT YOU DO. YOU MAKE A DIFFERENCE EVERY DAY!!!!!!!!!

Thank you so much for writing this and making me feel sane again.. it’s honestly so hard to deal with this and I have yet to seek out a therapist but I’ve been implementing just the skills you’ve talked about and I am already seeing minor improvement for myself.. I have purchased a hard copy of your book from my local bookstore and look forward to reading it.. what I didn’t realize was after I purchased your book I was reading an article online about harm OCD and I thought “wow this is a really great article I wonder who wrote this” I look down and see your name and was like “omg it’s the same author as the book”... I am a nurse by profession and as you already may know we have some pretty tough and stressful days which I have to say does not make the anxiety easier and sometimes can really worsen OCD thoughts and compulsions but I just really appreciate your work and readings they help a lot.. I wish I could have you as my therapist in person

I just wanted to say I too…

I just wanted to say I too am a nurse and have harm ocd. It started back in 2017 - I thought I was having a nervous break down. It slowly faded away until it was just a “thing I went thru” until 4 weeks ago. It came back as awful as the first time. I just signed up for therapy and bought a few of these books. Just wanted you to know you are not alone .