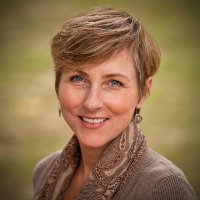 I, too, experience horror, heartbreak, and anxiety when I read about mass shootings and other acts of terrorism, whether in Paris, San Bernardino, Brussels, or Orlando.

But what is of special interest to me is how we respond. As a psychotherapist, I specialize in the treatment of anxiety, from panic attacks and OCD, to general worry and stress. What all types of anxiety have in common is a fear of the unknown—that something bad could happen in the future. This might be the fear of having a panic attack while standing in line at the grocery store or worry that a small mole might be cancer.

Underlying this fear is the idea that what you don’t know might kill you. Terrorism and mass shootings activate this fear of the unknown, that carnage could happen anywhere at any time, in places that we have always assumed were safe.

When we become afraid—really afraid—our first instinct is to neutralize the threat. The primitive, survival-oriented part of our brain (the amygdala) sends chemicals and neural messages throughout our bodies prompting us to do something. We are not thinking with our more rational evolved minds. We get hijacked by negative emotion.

When we let this primitive part of our brain do our thinking, we cannot calculate the likelihood of an event occurring. We can only imagine how bad it might be. When we act while in a state of fear, our attempts to stay safe actually make the problem worse.

How does trying to stay safe make the problem worse?

Let’s take some of the suggestions I have heard in response to mass shootings: Avoid shopping malls and theaters. Hire armed guards for parties or large gatherings. Keep vigilant for people carrying concealed weapons, or be ready for them and carry a weapon yourself.

These reactions validate that the threat is real. We are saying, “Yes, we are not safe. We must do something.” We are reinforcing the primitive mind by telling it with our behavior that we should be afraid.  When nothing bad happens, we are likely to attribute it to the precautions we took. For example, “Because the school was protected by armed guards, nobody attacked it.”

Consider this: In 2015, 367* Americans died by mass shooting, defined as four or more people killed or injured. The number of people who died in car accidents in 2014 was 32,675**. I am not saying this to plant the seed of fear of driving, but to demonstrate that when we react to threats while hijacked by fear, we misperceive the actual risks. It is more effective to deal with our anxiety first, then take action.

What you can do to become calmer

Here are two things that I teach my clients and practice myself when feeling anxious:

By practicing these two strategies, we take control of our lives instead of allowing fear to control us. We are better able to access the more evolved part of our brains, and we will be far more effective in our strategies to reduce mass shootings and terrorism.

Jennifer Shannon, LMFT, is the cofounder of the Santa Rosa Center for Cognitive Behavioral Therapy and the author of The Anxiety Survival Guide for Teens and The Shyness and Social Anxiety Workbook for Teens.