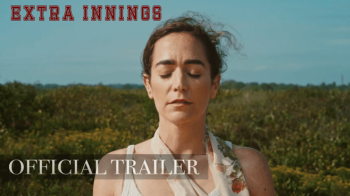 I recently finished a film titled Extra Innings, a family drama 20 years in the making that I wrote, produced, directed, and acted in, based on my own life. Extra Innings tells the story of David Sabah, who pursues his dream of playing baseball while staying devoted to his Syrian Jewish family. However, a tragic loss makes reconciling the two worlds almost impossible.

I was driven to create this film primarily because of my own experiences - David and his story are heavily based on me and mine. I am the youngest of four siblings, and during my life, I lost two to suicide. They both struggled with depression and mental health for most of their lives. My brother Victor spent pretty much his whole life in his room, listening to classical music and reading books on philosophy and religion and spent about three years in a mental hospital. He was incredibly intelligent, and while it wasn’t always the easiest to communicate with him, we gave him all the love and care we could. He passed on his love of baseball to me, and the most passionate conversations with him always emerged from that topic.

Joan, my sister, (featured in the picture with me below) was very much the opposite in some respects. She moved to Los Angeles at 18 after she got married, but we kept in touch through letters, phone calls, and multiple visits. She was always inquisitive and caring about the lives of others, but often had trouble connecting, and became deeply depressed if the events in her life turned negative. I’m happy that I had such a bond with her despite the distance between us.

My family and I took care of Victor as best we could, and always did our best to make him feel loved and welcome. Joan was more independent, and while she did not always receive the affection she wanted (especially from my father), she was still family and we loved her as such. Overall, we gave both of them our support and care as best we could. While I know that to be true, it is often hard to believe it. Then and sometimes even now, I felt like more could have been done, or that my family did not help enough - something I also wanted to show through Extra Innings. I am sure I am not the only one that felt such feelings of guilt and regret, even if they are unfounded.

I was, however, disappointed by my own family’s response to the suicides: silence. After Victor’s death, he was rarely discussed, and to this day my other sister never really talks about Joan or Victor. Because of this, I wanted to create Extra Innings to share my own story and experiences of mental illness and encourage empathy, not negativity, towards those suffering from it. Throughout the course of the film, we see David’s relationships with his siblings and his attempts to understand their struggles with mental illness, providing a humanizing perspective into the lives of those who often felt ostracized and misunderstood. It also shows their importance and impact in his life, and how they deserved to be seen as more than just the state of their mental health. Part of the reason that my siblings felt so isolated and depressed is because, beyond my family, plenty of people were not understanding or supportive. They both felt “othered” by the world at large. My goal is to spread my story and encourage increased understanding of and care for those suffering from mental illness.

This was also why I wanted to reach out to ADAA. They as well as you, their community, have a dedication to education, as well as a successful history of bringing relief to those living with mental illness. It is evident that they not only promote awareness in a positive way, but take care that every aspect of the organization is run with kindness and compassion. This stood out to me because my mission with Extra Innings is to promote change through positivity and hope, something that ADAA also strives to do. I want to start a conversation about the stigma that surrounds mental health because I believe that it is the biggest obstacle to getting help. ADAA has enabled all of you to start a conversation like that, and I’m so pleased that I’ve been able to join that discussion through my film.

"Life goes on past the bottom of the ninth.” - Albert Dabah 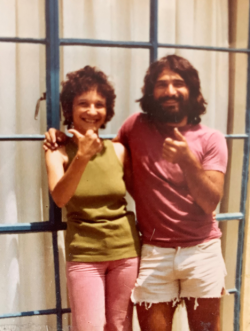