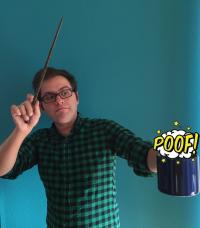 It’s an epidemic that is silently crippling good people all over the United States, and you or someone you know might already have it. It doesn’t matter if you’re rich or poor, educated or naturally enlightened, talented or not, anxiety and depression holds no prejudice and knows no bounds.

I’m Leo Nima, founder of Ruby Lion, and I whole-heartily believe we can overcome this affliction that plagues our society through the power of human strength (and a little liquid magic!).

Besides, who better to represent and champion this issue than someone who’s also diagnosed with major, chronic versions of both?

But, I digress. The point of this post is to highlight something that folks who either have the aforementioned issues, or know someone who does, might benefit from. It’s something unheard of in today’s culture of optimization and productivity, but something we need as human beings: time to bond with one another, in person, face to face.

Through years of contemplation about how to enter the world at large and bring something to people that they could enjoy, tea became my weapon of choice. For the longest time, I had vague ideas, but didn’t really know why. It’s delicious, comes in thousands of varieties, it’s good for you, and is probably the most socially accepted drink in the world. That’s great and all, but, I’ve only just realized it’s far deeper than that.

Tea is the ideal drink to get people together and take a moment from the insanity that is our lives and have that chance to offload some of the burdens we carry on our shoulders. Plus, it’s the perfect vehicle to get beneficial herbs into your body that would otherwise never be consumed, in a way that isn’t just ‘swallow yet another pill and make it go away for a day’. 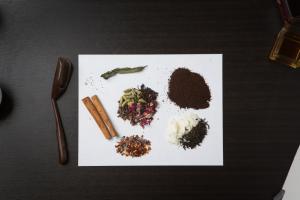 Taking that time to be in each other’s presence, to be honest with one another and try real hard to convey our feelings with those we trust is about the only way we can stave off symptoms of mental illnesses in a safe and healthy way.

So, the mission became clear: find a way to get the millions of people who suffer, as I do, something that could give them the support and strength to overcome their versions of anxiety and depression. And that’s just what Ruby Lion will do.

You might be wondering: “what does this have to do with ADAA?” Well, do me a favor and imagine something: those millions of Americans go about their days, wondering why nothing in life is going their way, and all eventually fall victim to the crippling thoughts that eat up their life’s energy and focus. With no idea that they are inflicted, or that support even existed, they eventually lose any sense of joy, motivation, passion, and become completely indifferent to the world. Then, a good percentage of them take their lives, and leave those behind with even more sadness and regret.

If they had only known about ADAA, the most central resource we have as Americans to find ways of coping and understanding anxiety and depression, then a lot could have been avoided. Both ADAA and the many members or businesses that raise the flag against anxiety and depression are the only bastions of hope that people have, and many of them don’t even know about it! And now, being one of those businesses, I see that we all have a responsibility to help others in need and spread the word (especially about resources like ADAA), if we’re ever going to make it through this. 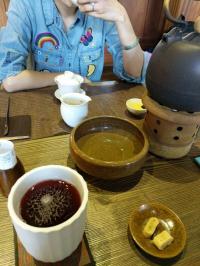 In short, anxiety and depression will never sort themselves out. If you suspect someone is going through a hard time, give them a call, invite them over for tea, pour a cup, turn off your phone and really give them the time of day.

After all, we’re not robots. We’re people. And people need hope.