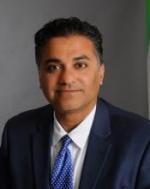 Dr. Mathew’s research program has been funded by NIMH, Department of Veterans Affairs, Patient-Centered Outcomes Research Institute (PCORI), and industry in the areas of experimental therapeutics and pathophysiology of treatment-resistant depression, suicide, and PTSD. He has authored or co-authored over 130 manuscripts and book chapters, and serves on the editorial board of several journals. In addition to his long involvement with ADAA including serving as Chair of the Program Committee (2017-2018), Dr. Mathew is a member of the American College of Neuropsychopharmacology, and board member of the American Society of Clinical Psychopharmacology. An active clinician and teacher, Dr. Mathew has been selected by his peers as a “Best Doctor” every year since 2011, and has received awards for his teaching of psychopharmacology.

Dr. Mathew has been an ADAA member since 2000 and is currently ADAA's Chief Medical Officer and the ADAA Board Secretary.

Why I am an ADAA Member

ADAA is a unique organization which blends clinicians with researchers, and unlike many professional organizations, includes a wide range of mental health professionals in its membership. As a psychiatrist and researcher, I especially appreciate the opportunity to interact in meaningful ways with colleagues across the country whose primary identity is clinical. I also appreciate ADAA's demographic inclusiveness and mission to promote the next generation of clinicians, teachers, and researchers in our field.

What do I value most about the ADAA mission and how does my work fit in?

My research primarily is focused on developing new drug treatments for depression and PTSD, and understanding biomarkers associated with these illnesses and treatments. ADAA as an organization recognizes the inseparability of anxiety and depression, and has increasingly encouraged participation for those whose main interests are related to mood disorders. ADAA truly operates year-round and not just at its Annual Conference by providing webinars run by experts in the field.The annual conference also provides an awesome opportunity to learn about cutting-edge research and clinical developments in the field, while meeting new colleagues and old friends.It is certainly one of the highlights of my year!

What is exciting about what his happening in my lab/research?

We are doing studies which run the gamut from large multicenter clinical trials (such as a PCORI funded comparison of IV ketamine and ECT for treatment-resistant depression), to small NIH-funded experimental medicine studies in PTSD and depression which use an experimental drug as a probe of a specific brain circuit or neurophysiological measure. The former type of study can immediately impact clinical practice, which is exciting. The latter type of study will not have an immediate impact on patient care but hopefully will lead to a better understanding of how a specific drug mechanism impacts specific aspects of brain function and behavior. It is gratifying to be involved in both types of projects and keeps our team focused on both short-term and longer-term research questions.