Mental illness affects all communities, including the lesbian, bisexual, transgender, queer, questioning, asexual, intersex, and beyond (LGBTQ+) community. LGBTQ+ individuals are three times as likely to experience a mental health disorder in comparison to individuals that identify as straight.1 Approximately 40 percent of LGBTQ+ adults had a mental illness in the past year, in comparison to the 18 percent of total adults who faced a mental illness in the past year.2 LGBTQ+ individuals also are more likely to suffer from substance use challenges at an estimated percentage of 20-30% as a result of factors such as prejudice and discrimination, in comparison to the 9% substance abuse of the general population.3

The adolescent period is critical for mental health as many disorders often present themselves during this period. LGBTQ+ youth are particularly at risk for mental health disorders because they face many adversities, including bullying, difficulty coming out to friends and family members, hate crimes, lack of support, and fear of stigma and discrimination.4

LGBTQ+ teens are six times more likely to experience symptoms of depression than their heterosexual counterparts. LGBTQ+ youth are also four times more likely to attempt suicide, have suicidal ideations or self-harm than straight youth. LGBTQ+ youth who come from highly rejecting families are over eight times as likely to have attempted suicide as LGBTQ+ peers who reported no or low levels of family rejection.5

It's important to find a provider that you both feel comfortable with and that will understand the connection between your sexual orientation and your mental health. When choosing a provider, it would be beneficial to reach out prior to an appointment to ensure that he or she is knowledgeable about the experiences and cultural factors experienced by LGBTQ+ individuals who are facing mental health disorders, and to make sure that the provider is LGBTQ+-inclusive.6 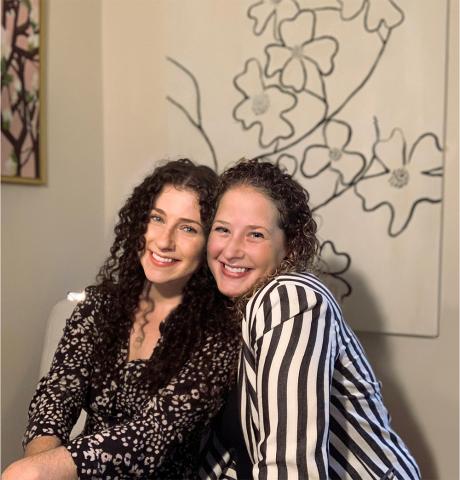 TAKING ACTION
How Two Sisters Decided to Return to the Present Moment, And Bring Everyone Else With Them
Through years of sharing one anxiety-ridden saga after another, we’ve come to learn that, though…
Read More
Load More