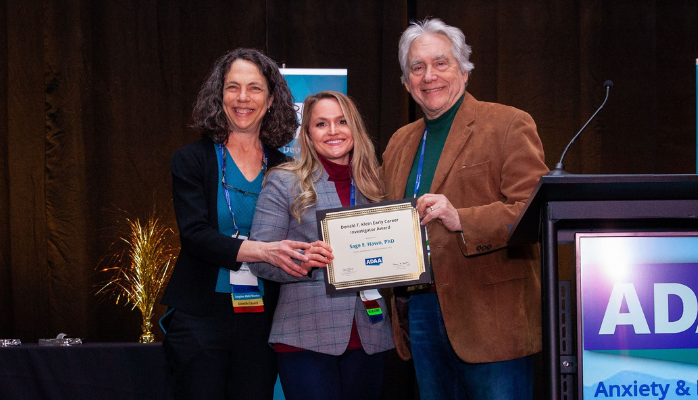 ADAA offers an annual award to an early career investigator for the best original research paper on neurobiology, psychopharmacology, psychosocial treatments, or experimental psychopathology of anxiety disorders and depression. This award is named for Donald F. Klein, MD (1928-2019), who revolutionized psychiatric thinking through his discovery in the early 1960s that imipramine, a recently developed psychotropic medication, was effective in blocking panic attacks.

The Donald F. Klein award is presented at ADAA's Annual Conference. This opportunity is open to members and nonmembers. Have a question email [email protected]. 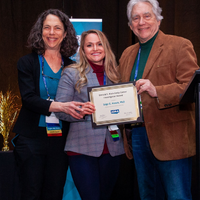 The Donald F. Klein award offers a wonderful opportunity to highlight the work of promising young investigators and provides the logistical support for them to be able to share their work with the field more broadly.  I am grateful for the opportunity to share my work with others and to have expanded my academic connections." Sage E. Hawn, PhD

Please note that the Klein award does not provide a travel or hotel allowance. ADAA strongly suggests awardees book their stay at the conference hotel.

This award is named for Donald F. Klein, MD (1928-2019), who revolutionized psychiatric thinking through his discovery in the early 1960s that imipramine, a recently developed psychotropic medication, was effective in blocking panic attacks. Dr. Klein’s early contribution to the development of the DSM in large part gave birth to the modern branch of medical science dealing with the classification of disease of anxiety disorders. His early findings also heralded in the era of childhood anxiety disorders as biochemical disorders when he discovered that imipramine blocked childhood separation anxiety disorders.

In later years, Dr. Klein developed a compelling evolutionary-based hypothesis accounting for the etiology of panic disorders, which he terms “the false suffocation alarm theory of panic disorders.” His work remains relevant and topical to the present. Dr. Klein was the recipient of the 2005 ADAA Lifetime Achievement Award.