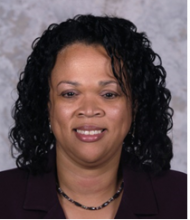 Dr. Angela Neal-Barnett is a national award-winning psychologist, professor, and leading expert on anxiety disorders among Black Americans. The first African American woman to be tenured and promoted to the rank of Full Professor in Kent State University’s Department of Psychological Sciences and in the College of Arts and Sciences, she directs the Program for Research on Anxiety Disorders among African Americans (PRADAA. Dr. Neal-Barnett’s current work focuses on Sisters Offering Support (SOS) sister circles for anxiety across the lifespan and the role of race and stress in Black infant mortality.

Dr. Neal-Barnett is the recipient of numerous federal, state, and foundation funding including grants from the National Institute of Mental Health, National Science Foundation, Women’s Endowment Fund of the Akron Community Foundation, Ohio Commission on Minority Health, Sisters of Charity Foundation and the Mount Sinai HealthCare Foundation. She is the architect and developer of the Build Your Own Theme Song© App; mobile technology that assists middle school Black girls in reducing anxiety and the author of Soothe Your Nerves: The Black Woman’s Guide to Understanding and Overcoming Anxiety, Panic and Fear (Fireside/Simon and Schuster). An international workshop presenter and speaker, Dr. Neal-Barnett’s work bridges the gap between academia and the real world. She has published in numerous psychological journals including Journal of the National Medical Association; Bulletin of the Menninger Clinic, Clinical Psychology Science and Practice, Journal of Anxiety Disorders and the Journal of Affective Disorders. Her work has been featured on CNN, NBC, NPR, PBS, Fox News, The Blend, SIRUSXM Doctor’s Radio, BET, and the Harvard Business Review Podcast Series, as well as in O, The Oprah Magazine, Health Magazine, Working Mother, Essence, and the New York Times.

"I became involved with ADAA almost 25 years ago. I was an anxiety disorders researcher and membership afforded me the opportunity to interact with other anxiety disorder researchers in what was at the time, a small, intimate setting.

When I was young, poor, and untenured I always enjoyed the copious amount of hot hors d'oeuvre served during the ADAA annual conference poster sessions. Today ADAA's commitment to the public interest and multiculturalism keeps me involved. My ADAA membership also offers great opportunities to share my research on anxiety and Black Americans across different platforms (academic journals, blogs, social media, webinars, etc.) and reach people outside of academia.

ADAA membership has opened many doors for me and the students and staff of the Program for Research on Anxiety Disorders among African Americans. I have access to state-of-the-art research and methods. Through the Alies Muskin Career Development Leadership Program (CDLP) I've been involve in leadership in the association.  Many of my current collaborators I met through ADAA. Early on, I never considered integrating a biological component into the work, now because of the collaborations, I can't imagine during a study without collecting hair cortisol or telomere data.  ADAA's embracing of the practice, scientific, and consumer side has allowed me to bring my community collaborators to the annual conference as presenters and to share their insights and views. The grad students and staff in the Program for Research on Anxiety Disorders among African Americans have had access to opportunities and experienced professional growth that I do not believe would be available elsewhere.

​I am incredibly honored to be ADAA’s 2020 recipient of the Jerilyn Ross Clinician Advocate Award. I remember meeting her as a young professional and her commitment to helping people reclaim their lives from anxiety disorders. This summer my book Soothe Your Nerves (Simon & Schuster) was recently named a book for these turbulent times by both self.com and essence.com (Essence magazine). Soothe Your Nerves also serves as the cornerstone of our ongoing community-based participatory research intervention on reducing Black maternal morbidity and infant mortality. This research is affecting policy both within the state of Ohio and nationally.  I became an anxiety disorders researcher because I wanted to make a difference in the lives of Black Americans. To see how the research is being used is gratifying and humbling."