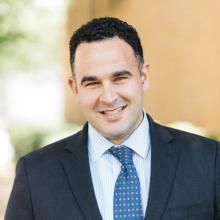 Described by NBC as the “prodigy” of drug politics and policy, Kevin A. Sabet, PhD, is an author, consultant, former advisor to three U.S. presidential administrations, assistant professor, and serves as the President and CEO of SAM, which he founded with former Congressman Patrick Kennedy in 2013. He has studied, researched, written about, and implemented drug policy for almost 20 years. He has worked in the Clinton (2000), Bush (2002-2003) Administrations, and in 2011 he stepped down after serving more than two years as the senior advisor to President Obama’s drug control director, having been the only drug policy staffer to have ever served as a political appointee in a Democrat and Republican administration. He has appeared since at the Aspen Ideas and New Yorker festivals, on the Organization of American States blue ribbon commission advising hemispheric drug policy, and in hundreds of forums and discussions promoting the ideas outlined in his first book, Reefer Sanity: Seven Great Myths About Marijuana, published by Beaufort. He has been featured on the front page of the New York Times and in virtually every major media publication and news channel on the subject of drug policy.