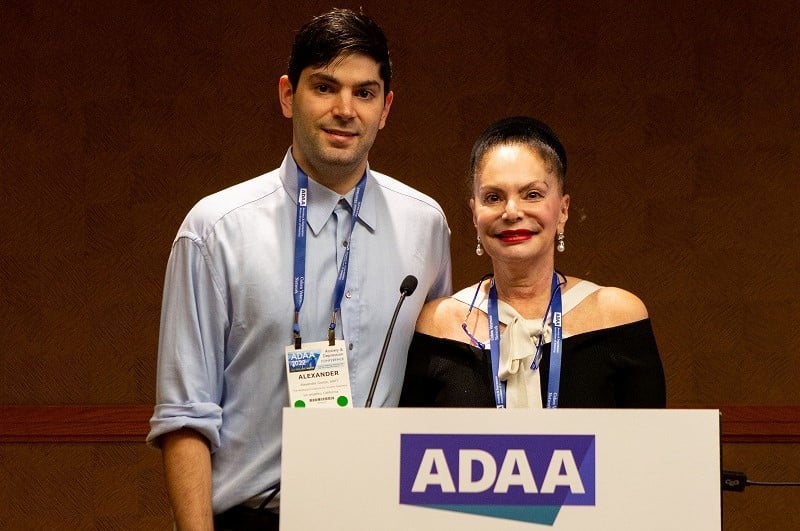 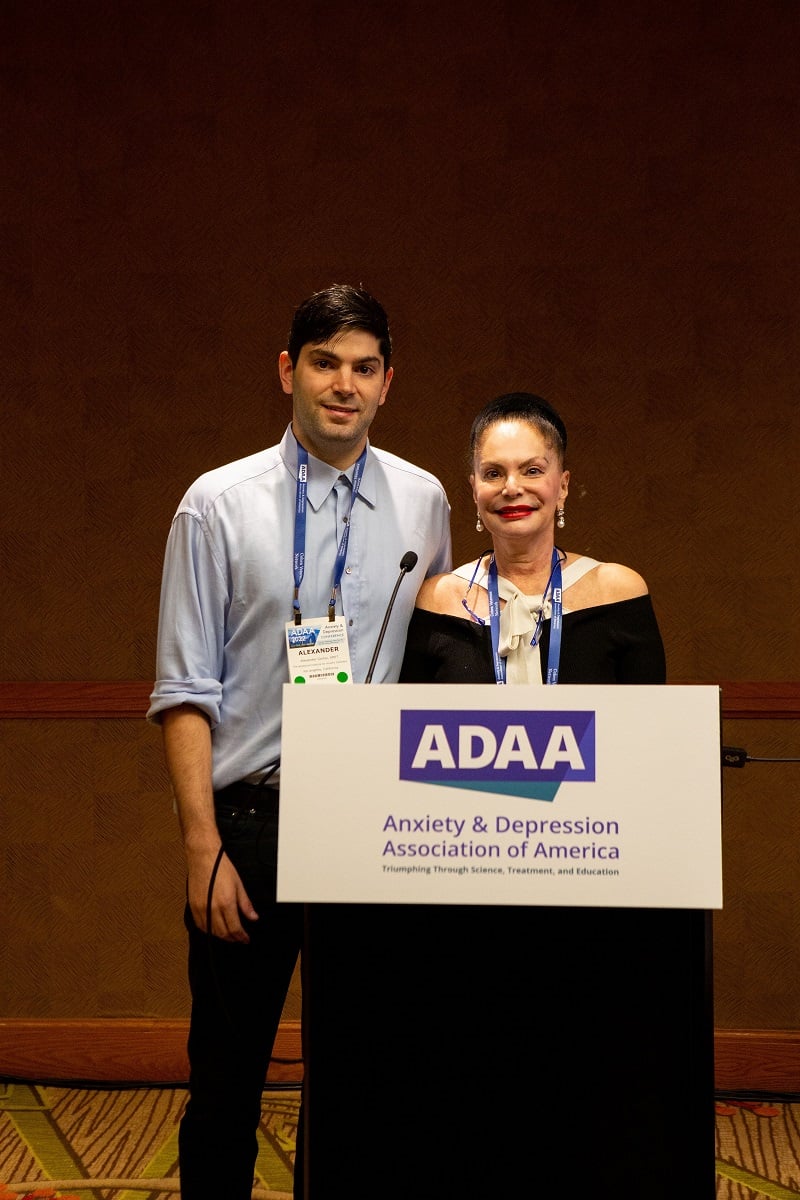 In 1992, Dr. Eda Gorbis attended her first ADAA annual conference, albeit having to cut it short to return home to her three-month-old infant who had become sick.

Little did the Los Angeles-based founder and executive director of the Westwood Institute for Anxiety Disorders (WIAD) know then that her little boy would grow up to be a lot like her.

Eda Gorbis, or Dr. G as she is affectionately called, told ADAA how her inaugural experience, 30 years ago, at an ADAA conference was not quite what she had planned but the beginning of many to come.  The Clinical Assistant Professor of Psychiatry at Keck School of Medicine, Adult Division, recalled how she was so excited to be there, but also nervous about being away from Alexander for the first time.

“I was so eager to learn about PTSD and OCD as I had just started to do assessments at UCLA,” she said. “At the time, I was still struggling with my English, and I remember rushing to write down the essence of what the experts were discussing so I could capture as much as possible.”

The well-known therapist and authority on OCD recalled how it was already her dream to present at an ADAA conference one day and how she visualized herself on the stage teaching others about anxiety disorders.  Unfortunately, at the end of the second day, Dr. Gorbis received a call from her nanny saying her son had a high fever and was coughing.

“Without thinking, I put all my clothes into my suitcase and went straight to the airport.  I was put on a waitlist and luckily was able to fly out that day and take my son to the emergency room,” she recounted.

As a working mother, it could not have been easy, but Dr. Gorbis found a way to raise her son and flourish her career.  And in time, Alex, as he likes to be called, played a role in so many ways, from observing her comings and goings to accompanying her to conferences and helping with IT.

“He was a witness to my endless studies and commitment to patient care,” she said.

At the age of eight or nine, Alex witnessed for the first, but not the last, time his mother in action at a conference in Philadelphia, where he met Dr. Edna Foa, a colleague, friend and mentor to his mom.  But it would still be years before he grasped the groundbreaking work his mother was involved in, and even more time before he imagined going into the mental health field himself.

“I can remember thinking how extraordinary it was that my mom with her (at the time) strong Russian accent would stand on a stage and teach American doctors about her work,” he said.

It would take some years before Alex was drawn to psychology himself and what he considered an “exhausting field,” having seen how tired his mother was when she returned home from work and conferences.  But he would later realize it was also an exhilarating and meaningful profession, and one which he would follow down a similar path like his mother.

“I yearn for more knowledge and deeper understanding of the field,” he told ADAA, “so that I am always prepared for the unique presentation of symptoms each individual brings.”

Of course, it didn’t hurt that his mother was Dr. Gorbis and she realized her son’s strength and determination, allowing him to come to his own decision to become a clinician in his own right.  And when he did, Alex said his interest, passion and love for the discipline grew exponentially.

Now the mental health field has not one but two Gorbis’ helping people, in Alex’s words, “make significant and positive changes in their lives.”

Significantly for ADAA, we now have both Gorbis’ as members and contributors, in addition to being strong supporters of our work.

“ADAA teaches and helps transform young minds into knowledgeable and resourceful professionals who are determined to share their knowledge and enrich the lives of their communities,” said Dr. Gorbis, adding she believes ADAA is a stepping-stone for young professionals.

On her online member profile, she notes that ADAA “offers an incredible professional stage for anyone looking to begin their career.”  Thirty years after her first ADAA conference, Dr. Gorbis literally shared that stage with her 30-year-old son, who in 2020 graduated from Pepperdine with a master’s in clinical psychology.

At the #ADAA2022 conference in March, Alexander Gorbis was on what he called “the big stage” for the first time, though not just with his mother, but as a member and presenter himself.

Alex admits he didn’t feel quite experienced enough this year to present, having a little more than a year of clinical practice under his belt, first at WIAD with his mother and now at the Renewed Freedom Center in Los Angeles. But when you have a mom like Dr. Gorbis, you’re always ready!

“While there were a few hiccups along the way,” he recounted, “overall, it was an incredible experience for me.  I was able to be on stage and present a professional lecture to a group of colleagues!”

Alex said he was grateful for the opportunity to present, being a shy, introverted person, yet when it comes to his profession, he interacts with people on a very deep level.  Despite his shyness, he understands the importance of speaking with colleagues and professors in the field, researching and networking, and presenting at conferences like ADAA’s.

“The ADAA conference provided me with a platform to continue my journey forward into greater understanding of how best to support and treat the patients that I have come to be so inspired by…,” he said, adding he is also grateful to his mother and the chance to continue her work into the next era of mental health as the field expands and improves.

Alex says he looks forward to future ADAA conferences and while his mother is not slowing down, she says she wishes her son the best of luck in carrying the eternal flame of knowledge and passing it on as she has done.

And her son echoes the sentiment, adding: “I hope to be able to carry the torch and continue to make it brighter and stronger over the next 30 years.”

Who knows? Maybe the next generation of Gorbis’ will give ADAA another 30 after that. We should be so lucky!