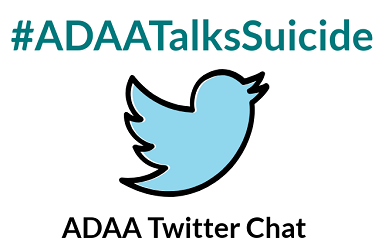 On July 11th, 2018, ADAA member experts Dr. Simon Rego @psyd and Dr. Anne Marie Albano @AnneMarieAlbano hosted a Twitter chat under the hashtag #ADAATalksSuicide, where they shared their knowledge on suicide prevention and warning signs, and how to talk to a loved one about suicide. 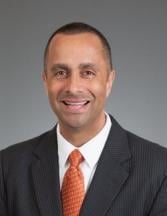 Dr. Simon Rego is a licensed clinical psychologist with close to 20 years of experience in using Cognitive Behavior Therapy (CBT) and other evidence-based psychological treatments. He is Chief Psychologist, Director of Psychology Training, and Director of the CBT Training Program at Montefiore Medical Center, the academic medical center and University Hospital for Albert Einstein College of Medicine in the Bronx, New York. He is also an Associate Professor of Psychiatry and Behavioral Sciences at Albert Einstein College of Medicine, one of the nation's premier institutions for medical education, basic research and clinical investigation. 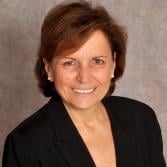 Dr. Anne-Marie Albano is a professor of medical psychology, a clinical psychologist and board certified in clinical child and adolescent psychology. In addition to serving as Director of the Columbia University Clinic for Anxiety and Related Disorders at 3 Columbus Circle, she also conducts research and train residents, fellows and psychology postdoctoral.

1. How significant is the problem of suicide in the USA? Which psychological disorders are most linked to suicide?

Dr. Rego: Massive problem. According to the CDC, suicide rates rose in all but 1 state between 1999 and 2016 - with increases seen across age, gender, race and ethnicity. Nearly 45,000 suicides in the USA in 2016 - more twice the number of homicides!

Dr. Rego: Major risk factors include abuse of alcohol or other drugs, access to lethal means, knowing someone who died by suicide, social isolation, chronic disease and disability, and lack of access to behavioral health care. Also - very important to note that risk factors can vary by age group, culture, sex, and other characteristics! Other major protective factors include: effective behavioral health care (!) as well as life skills, and cultural, religious, or personal beliefs.

Dr. Albano: Impulsivity, depression, and little/no support increase risk but the biggest risk is a prior attempt. PRIOR ATTEMPT is the highest risk factor. Also - impulsivity, depression, and substance abuse is a lethal combination. Minority and immigrant kids are at a higher risk than ever. Social support = connecting with friends, family, community, ONE PERSON, can help decrease risk of suicide. REACH OUT to people who are alone!

3. Is there a way to predict who will or will not attempt suicide?

Dr. Rego: From NIMH, "It remains difficult to predict who will act on suicidal thoughts." Fortunately, Nock Lab Harvard is “working to advance the understanding, prediction, and prevention of suicide, self-injury and self-harm”

Dr. Albano: It takes one person reaching out to someone who is depressed, isolated, just suffered a setback. Support helps prevent suicide. EMR = coordinate/track people at risk. We now have a boundaried population within health systems for oversight and collaboration of providers. Need more aid for high risk patients at high risk times, tightly coordinated care, monitoring and support post suicide attempt and hospitalization. There are lower rates of suicide in places where patient is linked immediately to mental health care upon discharge from the hospital or ER. We need this everywhere in USA.

4. What are the signs that someone may be contemplating suicide that parents and loved ones should look out for?

Dr. Rego: via AFSP: Something to look out for when concerned that a person may be suicidal is a change in behavior or the presence of entirely new behaviors. This is of sharpest concern if the new or changed behavior is related to a painful event, loss, or change. Also talk about feeling hopeless, having no reason to live, being a burden to others, feeling trapped, unbearable pain, etc.

5. If someone is suicidal, how can families or loved ones best respond?

Dr. Rego: via Mayo Clinic: Taking action is always the best choice! Start by asking questions. Look for warning signs. if in doubt, don't leave the person alone. Call 911 or your local emergency number right away. Or, if you think you can do so safely, take the person to the nearest hospital emergency room yourself. Tell a family member or friend right away what's going on.

Dr. Albano: Talk to them. Important to develop a safety plan that engages family and restricts means for high risk individuals. Contrary to lore, asking about suicide does not increase likelihood. It increases help.

6. If you ask a person if they are thinking about suicide, and they aren't, will they then be more likely to think about attempting suicide?

Dr. Rego: Anne Marie just covered this one nicely: "Contrary to lore, asking about suicide does not increase likelihood. It increases help." I'd add that there is much more potential for harm by not asking.

Dr. Albano: No, this is a myth. Asking will help person to get help, feel understood, and make a safety plan if needed. Don't fear asking.

7. Are there any specific groups that are more at-risk for suicide, such as males versus females, LGBTQ individuals or certain racial or other demographic groups?

Dr. Rego: From NIMH and CDC: men are more likely to die by suicide than women, but women are more likely to attempt suicide. Certain demographic groups are at higher risk - such as American Indian and Alaska Native youth and middle-aged persons, as well as non-Hispanic white middle-aged and older adult males. Of note is that AFSP began a broad initiative in 2007 to increase knowledge about suicide and suicide risk in LGBTQ+ persons, and take steps to reduce that risk.

8. Where can people get more information on how to help?

Dr. Albano: Great resources in this chat. Go to: AFSP and JED foundation websites. See prior tweets. Keep the conversation going! Thank you ADAA and Simon.

Note –  information provided is intended for informational purposes only.