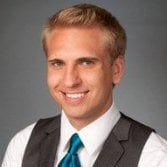 An excellent student, a talented singer and musician, a competitive athlete. That’s how I appeared on the outside as a young child, but I felt as though I were trapped in a nightmare that would never end. Years later, and after a lot of hard work, my bad dream is finally over.

Fear of Being Alone
Growing up, I knew I was different. I lived with my mother and brother. My parents were divorced. My father had left and he never came back. It wasn’t the easiest of circumstances, especially for a six-year-old.

As I later discovered, the abandonment triggered my anxiety attacks. I feared being alone, unwanted, unpopular, and unloved.

My Symptoms
First period, ninth-grade religion class: The teacher asked me to walk in front of the class and set up a presentation. Simple enough, right? I couldn’t do it. I was having an anxiety attack—soaked in sweat, shaking, and nauseous. My symptoms began every morning from the moment I stepped foot inside the school building.

All I wanted to do was run away, but that wasn’t an option. It would blow my cover. When I wasn’t suffering an anxiety attack, I was wondering when the next one would happen or if anyone could tell. The worrying and the panicking left me with barely any strength to get through the day.

Searching for a Solution
Throughout my childhood, I was no stranger to the doctor’s office. My mother tried everything she could in hopes of a breakthrough. I was on multiple medications, some habit-forming, but they only made me feel like a zombie. Years of seeing a therapist and talking about my anxiety and depression did little to address the heart of the problem. There were times I thought suicide may be the only way to make the pain stop.

By age 16, I had shut down socially. Most of my peers were going to parties, playing sports, and dating. But I was a prisoner in my own home. The anxiety became so unbearable, I dropped out of high school. Problem solved? No way. It followed me to work.

My Breakthrough
Then one Sunday morning, my wake-up call came from a "Parade" magazine article. You know, the one that comes with the newspaper. Freddie Prinze, Jr., was on the cover. The article detailed the pain of losing his father at a young age. He, too, felt unhappy and alone as a child. I felt as though I were reading my own life story. The only difference? He was now a success.

That article inspired me to explore a new treatment option for myself. I wanted to turn my life around as well. So, I hit the library and Internet to research cognitive-behavioral therapy, also called CBT. I began to realize how my negative thoughts controlled my physical well-being.

Immediately, I made a plan to take charge of my life. The items included things I’d learned:

Turning the Corner
Shortly after beginning CBT, I was able to discontinue medication and stop seeing a therapist. I never returned to high school, but I did go to college. After graduation, I pursued a career in television news. I began at a local affiliate in a small city. Several years later, I worked my way up to a major cable news network.

My relationships have changed for the better, too. I’ve made new friends and reconnected with many from my past. I now have the active social life that I was never able to have as a teenager with anxiety.

The Power To Change
My mother once told me, “Michael, you are a survivor.” The anxiety isn't completely gone, but whenever it returns, I hear her voice in my head. I know the feeling will pass, and I will be OK. Her positive affirmation, along with my coping strategies, make the most difficult of circumstances seem manageable.

You have the power to change your life, if only you will give yourself a chance.