The Pendulum of My Moods 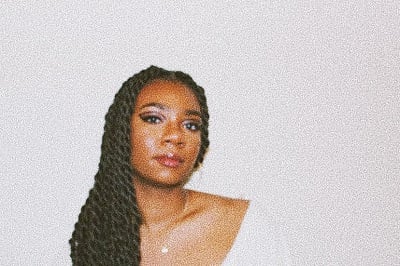 The Pendulum of My Moods

If there was ever a chance I would’ve been told that junior year I would be sitting in my college counseling center receiving a psychiatric diagnosis, my mouth would erupt with laugher and secret tears. I had spent so many years searching for something to diagnose myself with to explain everything I had been going through. Maybe major depressive disorder or ADHD? No, it felt like it had become way more than just depression. Fast forward three years later after about 2 hours of my psychiatrist asking me criteria questions, she looks up from her computer to lock eyes with me and says, “ …you are showing classic signs of bipolar disorder and anxiety”.

As soon as those words spilled from her mouth it felt as though the chaos and anxiousness in my mind ceased for a moment. She began to go over the criteria for bipolar disorder and explained how I checked the box for every last symptom. My mind began to slip away into past memories. I thought about the times I would cycle between intense depressive episodes, extreme “happiness”, and periods of mixed episodes. I returned back to the present conversation and we began to talk about the comments I made on hearing voices, my paranoia, and delusions during my “happy” periods. She then states, “ It looks like you have Bipolar Disorder with psychosis features”. The anxiousness growing in my chest was not because I was afraid or embarrassed by the diagnosis, but mainly because I had spent years searching for answers and in a matter of 2 hours I had found more than I could have expected.

After months of the trial and error phase of my medication process, we finally found a concoction of antipsychotic and antianxiety meds that slowly started to slip me into stability. Through this journey of navigating my diagnosis, I was able to create what I call my “team of aid”. Monthly appointments with my psychiatrist allowed me to explore treatment options like medication, holistic approaches, and the freedom to ask questions about my disorder. I was introduced to a therapist who helps me sort through my trauma and pain. Talk therapy allowed me to use words and verbalize my experiences about all the things I kept as secrets I once thought I’d never be willing to share. I even found a support group on campus that made me feel less alone and we always gave each other tips on what to do if we ever felt an episode coming on. All of the things I once looked down on due to stereotypes and even fear, where the very things that helped make my life and mental health better. It took me stepping out of my comfort zone and becoming vulnerable enough to find help after years of struggle.

ADAA has offered so much information for me to digest that has helped grow my knowledge on what I am going through and has given me an abundance of resources to look into. It’s made my process of understanding my disorder less overwhelming and shown me that this isn’t something I have to face alone. Having bipolar disorder is a lifelong journey, but it is so important to grasp the hands of those waiting to help you walk down the road towards stability and growth.