What Doesn't Kill Us: My Battle With Generalized Anxiety Disorder 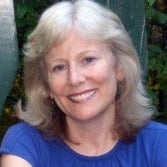 My descent into GAD (generalized anxiety disorder) began the morning I received the call bringing the news of my mother's accidental death. It was the same week that my husband was laid off. We had moved across the country for his new job, and eight months later he was laid off. After only two months out West, we moved back, and I had a nervous breakdown.

The move back East did not cure my anxiety, but when I was put on an SSRI (selective serotonin reuptake inhibitor) three months later, I made a quick and complete turnaround. I thought I was home free. But the following year my 17-year marriage fell apart, and my husband moved out. I stayed on my medication and landed on my feet. I did so well I eventually decided to taper off my medicine.

GAD Returns Worse Than Before

Four months later, I signed my final divorce papers, had to put my 13-year-old dog to sleep, and had a medical scare with a frightening test procedure all in the same week. And I redeveloped GAD very fast. It was worse this time, and going back on the medicine did not provide the same rapid cure.

After three months of utter misery and many different combinations of medications, I tried to end my pain with an overdose. Two weeks after that, I made a violent suicide attempt. I ended up in the hospital: ICU for three weeks and the psychiatric ward for three more. When I was released, I weighed 93 pounds on my 5'7" frame.

While I was in a haze of morphine and pneumonia, the doctors had stabilized me once again on my original medication and dose. When I came to, I was no longer anxious. But I was overwhelmed by the tasks before me: reclaiming my health, repairing my relationships, regaining my family’s trust. It was a long process with many setbacks. But as I worked with a counselor and psychiatrist and slowly began to recoup my strength, I became very determined to “get my life back,” as I wrote in my journal.

I Got My Life Back

With the help of health professionals and my family and friends, as well as staying on my medication, I not only got my life back, I gained a second career as an advocate for the mentally ill. I now work full time, raise my son, own my own home, and volunteer as an “In Our Own Voice” presenter for the National Alliance on Mental Illness (NAMI).  At one presentation, I was honored to thank personally the two paramedics who saved my life on the day of my suicide attempt. They didn’t know that I had lived. I have also written a book chronicling my illness and recovery and what I have learned about mental disorders. My aim now is to give those suffering from anxiety hope and to prevent them from doing what I did. I firmly believe that if I can feel better, anyone can.


L.A. Nicholson, a certified presenter for the NAMI "In Our Own Voice" program, has written What Doesn't Kill Us: My Battle With Anxiety (CreateSpace: November 5, 2011).

"It was a long process with many setbacks. But as I worked with a counselor and psychiatrist and slowly began to recoup my strength, I became very determined to get my life back."
Disorder
Generalized Anxiety Disorder
Population
Children
Teens
College Students
Young Adults
Adults
Older Adults
Women
Friends & Family

I would love to speak with you as I am suffering from GAD and it’s hard to see the light at the end of the tunnel.

My son is 25 years old and was diagnosed with GAD when he was 16. He's seen therapist after therapist but nothing works. He's never had a girlfriend or a jog. He went to college and almost received an associate's degree until he couldn't stand up in front of the class and give a speech. He fights depression and basically has no life. I filled out the paperwork and hired an attorney and got him on SSI but it's not enough money to live on. He wants to be cured and lived a normal life and I want that for him to but no one seems to be able to help him get on the right track to be cured. Please help if you know how to best treat this disorder.

I am 31 years old and I have been suffering from GAD since I was 14. I did relaxation and breathing techniques to manage it for 10 years but it was going nowhere and I was leading a miserable life. I was about to quit my college due to this problem. After my father's death I went to see a psychiatrist and started taking SSRI medication. That saved my life and I was able to complete my Bachelor's in Engineering and I even did Master's in Engineering. I tried to quit the meds after feeling alright for few years but my problems always returned. Then I decided to stay on meds for life. Now I am doing alright and the only downside is that I have gained some weight as the side effect of medication.

I would suggest you to find good psychiatrist for your son to start antidepressant medication. I hope your son get better with the medication and leads a happy life.

Hi I’ve been feeling pretty rough lately and read your post. It made me feel hopeful that there is a light at the end of the tunnel When your in the hole it can feel as if you can’t climb out. Can I ask which medicine worked for you

SSRI work for both depression and anxiety.I would suggest one going on them after trying cognitive therapy for a sufficient time.Withdrawal from SSRI is not a joke,physicians do not have the time and sometimes the knowledge to explain that before starting SSRI.