CBT for Children and Adolescents with OCD: Incorporating Parents in Treatment and Managing Complex Symptoms

This webinar discusses CBT for pediatric OCD with a particular focus on involving family members and managing complex symptoms such as comorbid presentations and poor insight/motivation. 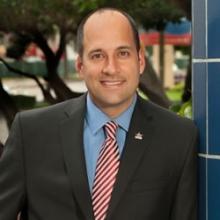 Dr. Storch is the All Children’s Hospital Guild Endowed Chair and a Professor of Clinical Psychology in the Departments of Pediatrics, Psychiatry & Behavioral Neurosciences, and Psychology at the University of South Florida. Dr. Storch specializes in the cognitive behavioral treatment of adult and childhood obsessive compulsive disorder (OCD), as well as other obsessive-compulsive spectrum disorders (e.g., trichotillomania, tic disorders, body dysmorphic disorder, skinpicking) and anxiety disorders. He also specializes in the treatment of anxiety in children with autism spectrum disorders.

Dr. Storch earned his B.A. in Psychology from Binghamton University, followed by his M.S., M.Phil., and Ph.D. degrees in Child-Clinical Psychology from Columbia University. He joined the Department of Pediatrics at the University of South Florida in 2008. Dr. Storch is a licensed clinical psychologist and serves as the Director of the University of South Florida OCD Program. As detailed below, he is conducting research in the areas of cognitive behavioral treatment for adult and childhood OCD, treatment augmentation, and treatment of obsessive-compulsive spectrum disorders and anxiety in children with autism.