This presentation focuses on the factors associated with treatment-resistance including a history of child abuse and neglect, prominent anxiety and certain comorbid medical and psychiatric conditions.

It is now well-established that a minority of patients with major depression attain remission after treatment with antidepressant mono-therapy.

The importance of accurate diagnosis is highlighted including family history and evaluation for medical disorders associated with poor treatment response such as hypothyroidism and hypogonadism. Once a patient has failed an adequate trial of an antidepressant, a decision to either:

The evidence for these approaches will be summarized.
Finally, the status of experimental treatments including ketamine and DBS is discussed.

At the end of this session, participants will be able to:

1. Understand factors associated with treatment resistant depression and the importance of accurate diagnosis for medical disorders associated with poor treatment response
2. Consider and weigh different options for deciding on how to address depression after the patient’s failure of an adequate trial of an antidepressant
3. Touch upon the status of experimental treatments such as ketamine and DBS

Presentation Level: Intermediate to Advanced: Assumes knowledge of basic treatment of depression with antidepressants and psychotherapy.

This webinar is not eligible for CE credit. 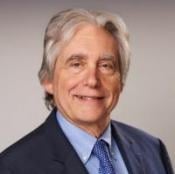 Charles B. Nemeroff is currently the Professor and Chair, Department of Psychiatry and Director, Institute for Early Life Adversity Research. Previously, Dr. Nemeroff was the Leonard M. Miller Professor and Chairman of the Department of Psychiatry and Behavioral Sciences, and Clinical Director of the Center on Aging at the University of Miami Miller School of Medicine.  He is past president of the American College of Psychiatrists and the American College of Neuropsychopharmacology.  His research has focused on the neurobiology of mood and anxiety disorders with a focus on the long term consequences of child abuse and neglect and how these changes increase vulnerability for psychiatric disorders in adulthood.  He has published more than 1000 research reports and reviews, and 15 books.  He is a member of the Institute of Medicine of the National Academy of Sciences (USA). Dr. Nemeroff is ADAA's Board President.