Using e-Health to Increase the Reach of Evidence-based Treatments for PTSD: Lessons Learned from the Web-PE Studies 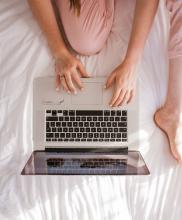 Although several evidence-based psychotherapies (EBPs) for posttraumatic stress disorder (PTSD) exist, logistical and stigma-related barriers often deter individuals with PTSD from accessing these treatments. Even when care is sought, PTSD patients rarely receive EBPs, because organizational and attitudinal barriers deter PTSD providers from using EBPs. Thus, improved accessibility of EBPs for individuals with PTSD is urgently needed to meet the demand for timely care.  E-Health treatments represent an innovative way to greatly increase the reach of EBPs for PTSD. The efficacy of eHealth treatments for PTSD is promising, though many important questions remain, including: Can face-to-face EBPs be effectively delivered through online programs? How much human support is needed to ensure engagement? For whom are eHealth interventions best suited?

This webinar addresses these questions in the context of Dr. McLean’s research on eHealth for PTSD. Specifically, Dr. McLean will describe two recent studies evaluating the efficacy of a web-version of Prolonged Exposure (PE), “Web-PE,” among active-duty military personnel and veterans with PTSD. The first study was a small randomized controlled trial of Web-PE compared to face-to-face present centered therapy at Fort Hood, TX, and the second was an open trial of Web-PE, where participants were recruited nationally. The preliminary results of these studies, including both quantitative and qualitative data, as well as the lessons learned, will be presented. Current and future research, including studies examining a web-version of written exposure therapy and a self-guided exposure therapy mobile app will also be described.

Carmen McLean, PhD, is a licensed Clinical Psychologist at the Dissemination and Training Division of the National Center for PTSD at the Palo Alto VA and a Clinical Associate Professor (Affiliate) at Stanford University. She is a past Web-Editor for the Association for Cognitive and Behavioral Therapies and an incoming Associate Editor for Cognitive Behavioral Practice. She has published over 90 articles and chapters on anxiety and PTSD. Her research examines ways to increase the reach of exposure therapies for PTSD by addressing implementation barriers and testing eHealth and mHealth interventions. She is currently PI of a DoD-funded study testing an online version of prolonged exposure therapy (PE) for PTSD and Co-PI of a DoD-funded study testing a tailored process improvement approach to increasing PE use in the U.S. military health system. The overall goal of her work is to help more individuals with PTSD benefit from effective treatment. 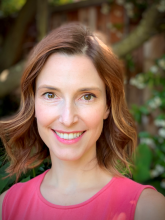 Carmen McLean, PhD, is a clinical psychologist at the Dissemination and Training Division of the National Center for PTSD at the Palo Alto VA and a Clinical Associate Professor (Affiliate) in the Department of Psychiatry and Behavioral Sciences at Stanford University. Her research examines ways to increase the reach of exposure therapies for PTSD by addressing therapist and clinic-level implementation barriers and testing eHealth and mHealth interventions, with the overall goal of helping more individuals with PTSD benefit from evidence-based treatment.