Launch your #ADAA2019 experience with an inspiring keynote address:

Potential Drugs of Abuse as Antidepressants and Anxiolytics:  Pluses and Minuses

Increasing data from research studies point to potential drugs of abuse as antidepressants and anxiolytics. This presentation reviews recent data and raises key issues regarding how to balance risk-benefit both for individual patients and society at-large.

Dr. Schatzberg received his MD from New York University. He did his psychiatric residency at Harvard Medical School, Massachusetts Mental Health Center where he was later a Professor of Psychiatry before becoming the Kenneth T. Norris, Jr. Professor and Chair at Stanford. Dr. Schatzberg has been an active investigator in the biology and psychopharmacology of depressive disorders and has authored over 700 publications and abstracts. He has been President of the American College of Neuropsychopharmacology, the Society of Biological Psychiatry, and the American Psychiatric Association, and has received numerous national and international awards.

FDA May Give A ‘Go Ahead’ To Esketamine For Severe Depression, GlobalNewsJournal.com, March 18, 2019

What Makes the Newly Approved Drug for Depression so Different?, Livescience.com, March 6, 2019

"Many say Ketamine Eased their Depression, But is it Safe?

"A DNA Test Claims to Tell You How You'll Respond to Depression Medications. Here's What Scientists Think Of It."

"Ketamine Affects the Brain Like an Opioid, Study Finds"

"Ketamine, A Promising Depression Treatment, Seems To Act Like An Opioid"

"Stanford Researchers are Figuring out how Ketamine Fights Depression — and Why the Drug has Been Called 'The Most Important Discovery in Half a Century.'"

"Ketamine is emerging as a popular treatment for depression. New research suggests the drug acts like an opioid"

"Ketamine May Ease Depression By Acting Like an Opioid, Study Suggests"

"How Ketamine Treats Depression: It Acts Like an Opioid, Study Suggests"

"FDA Approves New 23andMe Pharmacogenetic Reports, But There Are Some Caveats"

Opening Session Brought to you by Rogers Behavioral Health 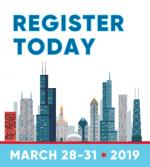 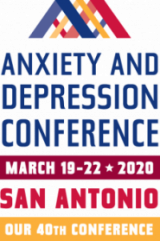 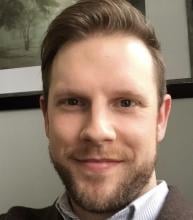