Anxiety and Depression in Sexual and Gender Minority Individuals

by Sarah A. Hayes-Skelton, PhD and David W. Pantalone, PhD 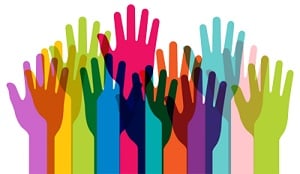 People who identify as sexual (i.e., lesbian, gay, bisexual, queer) or gender (i.e., transgender, genderqueer, non-binary) minorities have similar symptoms of anxiety and depression as heterosexual and cisgender (non-transgender) individuals. Although the symptom presentation may be similar, sexual and gender minority individuals generally experience additional identity-based stressors that can contribute to the development of anxiety and depression, and that are relevant to their treatment. Here we use the label sexual or gender minority (SGM) as an umbrella term to describe individuals with a diverse set of sexual and gender identities.

Sexual minority individuals are those people whose sexual orientation is not exclusively heterosexual and encompasses lesbian, gay, and bisexual (LGB) individuals, as well as many other orientations, including queer, pansexual, and asexual. Gender minority individuals are those people whose gender identity does not directly match their sex assigned at birth. For example, a transgender man can be understood as a person assigned a female sex at birth but whose affirmed gender identity is male. The category gender minority can include transgender individuals as well as those who identify with a more fluid gender identity, such as genderqueer or non-binary. These last two are examples of increasingly common gender identities for people who do not see themselves as fitting well within the gender binary within our society (i.e., traditional "male" or "female" categories).

It is important to remember that an individual can have any sexual orientation and any gender identity, since these are different parts of a person's identity. Further, although their SGM identities may be among the most important to them, SGM individuals also have additional, intersectional, identities including race, ethnicity, age cohort, religion, citizenship status, etc., which may be more central to who they are.

Given all that, it may not be surprising that the rates of anxiety and depression in sexual minority individuals appear to be more than double those of their heterosexual counterparts. Although there has been less research conducted on the mental health of gender minority individuals, the published studies that do exist also point to elevated rates of depression as well as suicidality, social anxiety, generalized anxiety, and trauma exposure. Thus, the research evidence supports the idea that anxiety and depression are significant problems for SGM individuals, and it also gives us some clues about why this might be the case.

Although there is growing societal acceptance, in many settings, SGM individuals continue to experience discrimination—which serves as an additional stressor that complicates the lives of SGM people. SGM individuals are still at risk for the everyday stressors that heterosexual and cisgender people experience but then have discrimination to contend with on top of that! Higher rates of anxiety and depression in SGM populations are likely due to this minority stress, the combination of discrimination experiences and the individual’s internalization of the social stigma faced by SGM individuals. As a result of the combination of discrimination and internalized sigma, SGM individuals may try to conceal all or part of their identities in order to reduce their vulnerability to more victimization. This concealment could be full (not being “out” about one's SGM identity to anyone), situational (for example, avoiding disclosure of an SGM identity to the parents in their children’s play group), or can involve downplaying one’s identity (for example, not mentioning a partner's gender in casual conversation with strangers). The psychological costs of concealment, even though it is adaptive in the short-term for increasing safely, could actually increase stress, anxiety, and depression over time.

When someone is rejected by someone close to them (like a parent or a close friend) because of their SGM identity, or if they have experienced bullying or other forms of discrimination, an individual may experience chronic anxiety related to a consistent expectation of interpersonal rejection. SGM individuals may also feel socially isolated and alone, which can make worse existing depression, suicidality, or social anxiety. The effects of this societal stigma can be especially strong if the SGM individual also has other marginalized identities, such as being a person of color.

Rates of anxiety and depression are especially high for individuals who have not disclosed their SGM identity—potentially because of the fears of negative evaluations of what others will think of them, the uncertainty of what will happen when others find out, or the stress that comes from monitoring one’s behavior. This internal pressure to monitor oneself so closely, coupled with fears about what will happen if they are unsuccessful and their identity is revealed, may also increase anxious or depressive symptoms. Similarly, not sharing one’s identity with others can reduce social support and also lead to loneliness, isolation, and “otherness.”

Thus, you can see how SGM individuals have a set of difficult decisions to navigate: being more "out" puts them at risk of discrimination, and being "in the closet" puts them at risk of concealment stress. One important take-home message is that SGM individuals are not more prone to anxiety or depression because there is something about their sexual orientation or gender identity that is inherently problematic but, instead, because of the treatment that SGM individuals face living in a society that can be unsupportive or hostile. These are crucial considerations for clinicians to keep in mind when working with SGM individuals, and for SGM individuals to remember if they are wondering why it can feel so difficult just to make it through the day sometimes!

Sarah Hayes-Skelton is an Associate Professor in the psychology department at the University of Massachusetts Boston.  She is also a licensed psychologist in Massachusetts. She completed a Ph.D. in clinical psychology from the University of Nebraska – Lincoln in 2007 after completing an internship at the University of Washington School of Medicine.  Her research examines the mechanisms and processes responsible for change in psychotherapy for anxiety disorders, in other words, how and why treatments work.  Her work has predominately focused on cognitive-behavioral and acceptance-based behavioral therapies for social anxiety disorder and generalized anxiety disorder in both clinical and analogue settings. She has received NIMH funding for this work and have published more than 40 papers in this area.  She is also committed to enhancing the cultural-sensitivity of these treatments and has published papers and conducted workshops at national conferences focused on enhancing the cultural sensitivity of cognitive-behavioral and acceptance-based treatments for anxiety.

David Pantalone is a Professor of Psychology and Associate Dean of the College of Liberal Arts at the University of Massachusetts Boston—as well as a Behavioral Scientist at Fenway Health, the largest LGBT health care, education, and research facility in the U.S. He has taught courses in human sexuality and psychopathology, and provided clinical supervision to doctoral student trainees. David's research primarily focuses on LGBT health disparities, especially the HIV epidemic among sexual minority men in the U.S. David has collaborated on NIH-funded intervention development research to reduce HIV risk behaviors and improve HIV medication adherence in a variety of populations and has been an author on >120 articles and chapters and >160 scientific presentations. He serves as Associate Editor of the journal Psychology of Sexual Orientation and Gender Diversity and on the editorial boards of several others. David is serves as one of eight members of a task force at the American Psychological Association to revise that organization's professional practice guidelines for working with sexual minority clients. He earned his PhD in clinical psychology at the University of Washington.