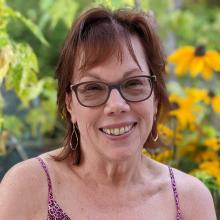 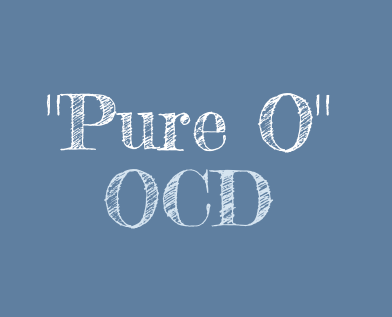 One of the more difficult symptoms of OCD that my patients deal with is the presence of mental compulsions.

Compulsions are anything a person does in an attempt to  get rid of the anxiety/dread/yucky feelings associated with an obsession. There are many types of compulsions, but they fall into two categories: Behavioral and mental (or thinking) compulsions. Behavioral compulsions are observable, such as repeatedly checking to see if a door is locked or excessively washing one’s hands. Mental compulsions, on the other hand, occur in one’s mind. Silently counting or saying “lucky phrases”, mentally rewinding events and conversations, reviewing the distant past, and analyzing why a person has a particular obsession, are all types of mental compulsions.

Let’s take an example of someone suffering from Harm OCD. Harm OCD refers to a person having intrusive thoughts (obsessions) that they are at risk of harming/abusing someone through their own negligence or deliberate actions. This type of OCD is very difficult for patients, because the thoughts are morally reprehensible and completely out of character for them. Examples of Harm OCD include fears of pushing someone to their death, sexually abusing a child, or accidentally poisoning someone.

One of my patients believes that she will randomly slap someone if she gets an intrusive thought or a tingling sensation in her hand. In our work together she learned to stop avoiding situations that brought on her obsession. She needed to expose herself to the obsession and refrain from doing any compulsions. (This is called Exposure and Response Prevention – ERP—the gold standard treatment for OCD.) She needed to be near people and not put barriers in between her and the people she thought she might hit.

She needed to stop holding her hands together and allow them to be at her sides. She needed to allow her hands to feel tingly and not do anything about the sensation that she believed would lead her to slap someone. She practiced standing very close to people while riding the subway, at work and even in sessions with me. She was encouraged to trigger the obsession and refrain from doing any compulsions. After seven weeks of once weekly psychotherapy and practicing ERP in her daily
life, her OCD abated and she left therapy feeling much better.

However, she returned a year and a half later with a resurgence of symptoms. Her fear of hitting people had resurfaced and in addition she had thoughts that she might kill her boyfriend. She had obsessions of harming children and was fearful of meeting her friends’ babies thinking she might drown them. She also had intrusive thoughts that maybe she had schizophrenia and not OCD.

In my first meeting with her after the break in treatment, I asked her what she was doing when she had these intrusive thoughts. She explained that she was purposefully trying to get triggered and to not hold her hands together when she felt an urge to hit, to continue to cook and be around sharp objects such as knives and scissors when her boyfriend was present, and to visit her friends and hold their babies.

These were all good exposures, but I was curious as to what her thoughts were immediately after she had an intrusive thought about harming someone or thinking she was going crazy. She revealed that after she had these obsessions she felt very upset and then asked herself why she was having these thoughts. She asked herself,” If I’m such a good person why am I having these thoughts?” And when she asked herself why, she immediately went down a rabbit hole of unanswerable questions. She
believed the content of her obsessions – that she actually wanted to harm someone -- and she wanted to reason her way out of those thoughts.

Her OCD came roaring back with its demands that she be certain she would never harm anyone.

“What if” statements consumed her: “What if I lose control and actually act out my obsessions?” “What if I do something bad ten years from now?”  “What if I go crazy and do something I’m unaware of?”

After asking these questions, she might tell herself, she will go to jail, her boyfriend will disown her, she will never work in her profession again, and she will never have children. Then she would reassure herself that that wouldn’t happen. And her OCD asked her, “Are you sure?” Around and around she went in her mind.

She analyzed and analyzed, but there are no answers to these obsessions. She was engaging in mental compulsions in order to lessen the terror she felt having these horrible thoughts of harming someone. These mental compulsions gave her momentary relief when she thought she had “the answer.” But then her OCD became stronger because there are no reasons she is having these thoughts, other than that she has OCD.

Once we identified her analyzing and “What if” questions as mental compulsions, we talked about how to stop them.

You can do nothing about an obsession, but you can control thinking compulsions. That is an important distinction. My patient thought she was experiencing anxiety caused by the obsession, but in actuality she was avoiding the obsession by engaging in mental compulsions. Asking unanswerable questions gives momentary relief, but the constant analyzing generates its own anxiety, because there are no answers.

To recover, the patient needed to mentally return to the obsession, and ride out where the obsession took her. This is particularly terrifying for people with Harm OCD. Their brains are taking them to horrible places, usually with  images of them committing atrocious acts on innocent people. My patient was terrified of the obsessions and couldn’t allow herself to imagine drowning a child or stabbing her boyfriend. But to recover, she needed to stay with these images and the concomitant horrifying feelings, and not retreat from them. Eventually, with exposure to the harm thoughts and images, without performing behavioral or thinking compulsions, the patient recognized
these obsessions as random noise generated by the brain and she no longer needed to analyze them.