Hate Their Politics? Love Them Anyway 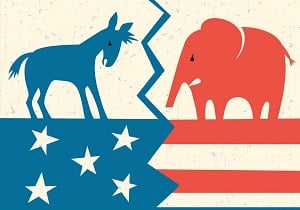 We are in the home stretch of a prolonged, caustic, and shocking presidential campaign season. No matter which way you lean, few will argue that the 2016 election will go down in history as unprecedented, in that both candidates seem have a surplus of skeletons in their closets and a penchant for throwing surprise curveballs.

This election cycle, social media has played a more extensive role than ever before. With a single click of the mouse, one can instantaneously circulate a message amongst their hundreds, even thousands of Facebook and Twitter friends.  And with the computer screen acting as a protective barrier, it is easy to be cavalier or reckless toward those who disagree with you. As a nation, we will have to reconnect once the election is over, and here are three ideas to help you break down the walls (no pun intended).

1. Get beyond your comfort zone.

Find ways to connect to people who are different from you. It is easy to isolate yourself and live in a happy bubble where your friends all agree with you. But where’s the growth prospect in that? Join a Facebook or Twitter group of the opposite candidate to better understand their and their supporters' beliefs and ideologies. Sure, you may not be converted to vote for the other candidate, but at least you have taken a small step to understand what the other half of Americans believe and have opened yourself to a wider dialogue.

It is perplexing how during an impassioned political discussion, people seem to have their talking points ready even before the partner is finished speaking. Go into the conversation as an opportunity to exchange ideas rather than push your agenda.  Everyone has something valuable to offer, it is just a matter of recognition, acceptance, and acknowledgement.

3. Now, do something productive with that different-from-you person.

In the infamous 1954 Robber’s Cave experiment, Muzafer Sherif was interested in learning about dynamics of competing groups. Sherif divided 12-year old boys attending summer camp into two individual groups and kept them separate from each other. He encouraged bonding within the two individual groups, and these groups did not know of each other’s existence. Sherif then pitted the two groups against each other with various competitive activities. Prejudice and name-calling between groups ensued, and they became so aggressive with each other that researchers had to physically separate them. In the next phase of the experiment, Sherif then combined the two groups and engaged them in a tasks where they had to solve a problem all together. When a solution was found, the boys rejoiced and celebrated together. Sound familiar? The take home message: no matter how embittered a relationship is, a connection can occur when two people work towards a common goal. Take that idea and run with it. 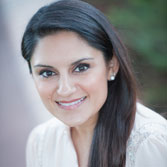 Dr. Gupta is the Founder and Clinical Director at TherapyNest, A Center for Anxiety and Family Therapy in Los Altos, California. She has a special interest in relationships and family therapy, as well as CBT for anxiety and related disorders.