How Much Anxiety Do You Need? 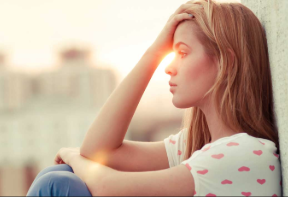 Six months ago Megan, age 32, ended her engagement. Her friends were relieved. Megan’s fiance, James, was controlling and critical. He told Megan she needed to make more money, exercise more, and come up with some interesting hobbies. Whatever Megan did wasn’t quite...enough. Megan realized that she didn’t want to marry a man like James. Megan realized how much James reminded her of her mother. Megan’s mother had always pushed her hard to excel; her disappointment left Megan devastated. “You’re just too sensitive,” her mother would tell Megan, after criticizing her report card, piano performance, or prom dress.

Now, Megan is ready to start dating again and feels overwhelmed by anxiety. Her friends reassure her that all of them are anxious about dating. However, Megan hears the critical voice of her mother playing in her head, like an endless tape, which amplifies her self-doubt as she looks for love.

Here are several ways Megan learned to handle her anxiety.

1. Megan learned that she didn’t need to get rid of all her anxiety when it came to dating. In many situations in life, having some anxiety is helpful. Some anxiety, with its accompanying adrenaline, is energizing. It heightens our awareness and motivation. Too little anxiety-- we’re just blah. Too much-- we’re in fight, flight, or freeze mode. Megan’s therapist had her imagine anxiety on a scale of 0 to 5, with 0 being completely calm and 5 being the opposite. Then Megan had to determine the optimal level of anxiety for her when it came to going on a date. Zero anxiety? No. If Megan felt no anxiety when meeting a man she didn’t know for the first time she might not use the best judgement. On the other hand, did she need a full-fledged five level of anxiety? Not that either. With that much anxiety Megan would be stressed and tense. She wouldn’t be herself or focus on her date to find out what he was like. Eventually Megan figured out that she needed to be a “two.” For Megan, being a “two” meant being observant and mindful, yet reasonably relaxed and natural. Using this tool effectively took practice. The more Megan tried it, the easier it came to her. She began to use her inner anxiety rating scale in other situations, such as when she went on a job interview or had her first dinner party. Sometimes, Megan reworked the rating scale, so that “Zero” became “No Calm” and 5 became the opposite-- “Having All the Calm You Need.” Then, Megan began to think: “How much calmness do I need I need for this situation?”

2. Megan learned that anxiety has four components: physical sensations, emotions, thoughts, and actions. She learned to notice subtle changes in her body that told her she was becoming anxious-- physical changes that kicked in even before she noticed what she was thinking or feeling. For Megan, this meant noticing that the muscles in her shoulders and neck were tightening up and her palms were sweating. These physical changes sent a message to Megan: Stress chemical being released; anxiety on board. Megan learned to take slow, deep breaths at her own pace. She practiced breathing with what Dr. Marsha Linehan, creator of Dialectical Behavior Therapy, calls “Willing Hands.” With Willing Hands, she sat with her palms face up and hands gently open, fingers relaxed. Taking deep breaths combined with Willing Hands helped Megan let go of stress and worry and accept what was happening in the here and now. 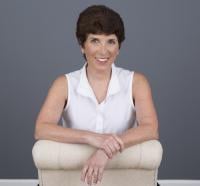 Dr. Stephanie Kriesberg is a licensed psychologist with twenty-five years’ experience treating children, teens, and adults. She has a private practice in Concord, Massachusetts. She is an expert in treating adults with narcissistic parents.