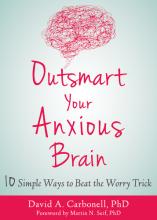 “The harder I try, the worst it gets!”

Have you ever experienced this thought, or said it aloud?  If you have, you’re in the mainstream of people who struggle with chronic anxiety.  This is the frustrating experience of struggling with panic attacks, phobias, chronic worry, social anxiety disorder, and obsessive compulsive disorder. People struggle to get rid of their anxiety troubles, and all too often find that it gets worse rather than better.

When this happens, they’re likely to blame themselves.  They label themselves as too fearful, too cowardly , too weak, too defective, too stupid, and more.

The problem is this. People instinctively follow their gut instinct in dealing with anxiety. They feel afraid, and treat that fear as a threat, an enemy. They try to fight it off or run away from it, because those are our usual responses to enemies  -  we fight them or run away from them.

Those fight or flight responses don’t work with chronic anxiety disorders, because anxiety isn’t an enemy. A chronic anxiety disorder is a counter-intuitive problem. If you try to solve a counter-intuitive problem with an intuitive solution, that will make the problem worse rather than better. If you find “the harder I try, the worse it gets”, it’s probably because you’re using methods that actually do make it worse. You may be putting out the proverbial fires with gasoline!

If you bring a new puppy home and it runs away from you, how can you get that puppy back? You might chase after it, but he’s got four legs to your two, so that won’t end well. What’s the opposite of chasing that puppy ? Run away from the puppy, and now you’re playing “chase the owner”, and all is well. Counter-intuitive.

If you’re driving on an icy road and skid towards a phone pole, where should you steer? If you try steering away from the phone pole, you’ll be talking with your insurance agent soon. Steer toward the phone pole, and all will be well. Counter-intuitive.

If you’re heading out into the water for swimming and a big wave rolls in, threatening to knock you down, where should you go? If you head for the beach, that wave will probably pound you into the sand. Dive into the wave, and all will be well. Counterintuitive.

The anxiety disorders are all counterintuitive problems. If you follow your immediate gut instinct in a moment of panic and high anxiety, you’re very likely to make it worse as you struggle to protect yourself and “calm down”.  This is how people get tricked by chronic anxiety.

What to do? Do the opposite of your gut instinct. If you have a compass that’s off by 180 degrees, one that points north but calls it south, you can still find your way home as long as you head in the opposite direction that compass suggests.

This gives us the Rule of Opposites. My gut instinct of how to respond in a moment of panic and high anxiety is dead wrong – like chasing that puppy, or trying to outrun the wave – and I should do the opposite of my gut instinct.

Feeling afraid on an airplane, and desperately hanging on to the armrests?  Let go, relax your hands, and let them go idle. You don’t need to hold yourself in, that’s what the seatbelt is for!

Feeling afraid while driving, and clutching the wheel in a death grip? One at a time, uncurl your fingers from the wheel and use a lighter grip to drive.

Feeling like you can’t breathe during a panic attack, and desperately trying to suck in a big inhale? What’s the opposite of an inhale? An exhale! You’ll breathe more comfortably when you start with a gentle exhale or sigh that relaxes your upper body, and lets you breathe from your belly rather than your chest.

The Rule of Opposites can be a powerful guide to set you on the path to recovery. 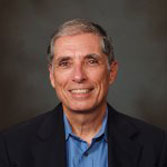 David Carbonell, Ph.D. is a Clinical Psychologist who specializes in treating anxiety. He is the author of four self- help books:  Panic Attacks Workbook, The Worry Trick, Fear of Flying Workbook, and Outsmart Your Anxious Brain: Ten Simple Ways to Beat the Worry Trick.

Dr. Carbonell is the “coach” of a popular self-help site where you can find his books: https://www.anxietycoach.com. He has taught workshops on the treatment of anxiety disorders to more than 10,000 therapists in the U.S. and abroad.  He received his doctorate in clinical psychology from DePaul University in Chicago in 1985 and has maintained a practice devoted to the treatment of anxiety disorders in Chicago since 1990. In his spare time, he is the founding member of The Therapy Players, an improvisational comedy troupe of professional psychotherapists in the Chicago area.