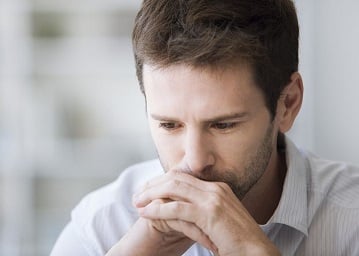 I’ve had this terrible thought I can’t get out of my head. I saw a post on Facebook from a girl I met at a party in college and remembered an incident from ten years ago. We were both pretty drunk and started fooling around.  I went back to her room, and we ended up having sex. I don’t remember much else.  In the morning, it was awkward, but she didn’t seem upset. We never hooked up again.  I hardly ever ran into her. But when we did see each other, she was friendly. Still, I can’t stop thinking I raped her. What if I was so drunk I don’t know what really happened? I think about this all the time. I replay the scene in my mind, over and over, trying to reconstruct that night. I know she asked me back to her room, and I know she acted normal around me but maybe she was just pretending everything was OK. My friends and family tell me I’m a good person and would never force a woman to have sex with me. They’re getting tired of reassuring me. But the thought that I’m a rapist and a monster torments me. – Ben

“Ben” is not a real person, but I have been hearing stories like his with increasing frequency.  As a psychologist who specializes in treating OCD, I am not at all surprised. In certain respects, OCD behaves like an opportunistic pathogen, invading hosts with weakened psychological immune systems. So the current spate of revelations about sexual misconduct among politicians, actors, executives, and athletes, along with evolving sexual assault policies on college campuses, have created the perfect environment for the spread of a new OCD “virus.”

Worries about committing or having committed a sexual assault fall into a common sub-type of OCD: intrusive thoughts. Although not as widely represented in popular culture as the stereotypical contamination obsessions, the so-called repugnant mental obsessions about harm, violence, and deviant sexual behavior such as pedophilia are extremely common.

Some of the men I see in my practice actually have faced allegations of sexual misconduct—inappropriate touching or nonconsensual sex with colleagues, students, or classmates. All have been exonerated. Others live in constant fear of having a casual sexual encounter from their past resurface and become fodder for a #MeToo accusation.

Let me be perfectly clear. I am in no way minimizing the trauma experienced by sexual assault victims. And I am certainly not excusing the predatory behavior of the celebrities who have abused their power to intimidate and sexually exploit women.

But the men who come to me for treatment are not predators or rapists. In fact, most share two thinking patterns typical of many people with OCD: an excessive sense of responsibility and a finely tuned sense of morality.  They worry about causing harm to others and about being bad people even though, in the paradoxical way of OCD, they are usually conscientious, considerate individuals with a strong—perhaps even overly rigid—moral compass.

So, no, I do not secretly question if they might have done what they have been or fear being accused of, just as I know with a high degree of certainty that the people with OCD who confess to me their fears of being pedophiles are not a danger to children.

As with all OCD worries, however, facts and probability do little to assuage anxiety. In fact, the more someone with OCD tries to engage in challenging and disproving the “evidence” by seeking reassurance (one of the most frequent compulsions associated with repugnant obsessions), the tighter OCD’s grip becomes.

Ben’s efforts to convince himself he did nothing wrong are compulsions, which are actually making his OCD thoughts much more tenacious. He constantly reviews the scenario, seeking to reassure himself that the sex was consensual. He also checks repeatedly with friends and family. Never satisfied with their answers, he feels the need to ask them again and again if he is a terrible person. He may be scrutinizing old social media posts and pictures for “incriminating evidence.” And he might avoid dating or, if he has a partner, ask her for reassurance about his character.

If you, like Ben, are consumed by worries of being unjustly accused of sexual assault or thoughts of being a rapist, here are a few Do’s and Don’ts to help you cope:

And, remember. Thoughts are just thoughts, not the monsters of our creation. 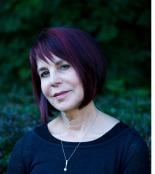