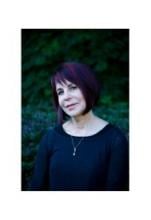 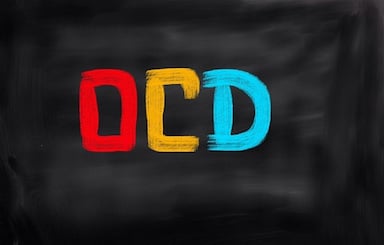 In the past few weeks, two people have contacted me seeking help for “real-Iife OCD.” I had never heard the term before, which is surprising because I am an OCD specialist. I spend roughly 75-80% of my clinical hours working with people who have OCD. I teach a course on OCD to psychiatry residents. I attend anxiety and OCD conferences every year and keep up with the latest research and treatment. So why didn’t I know about this disorder?

I turned to the Internet— the source of most people’s information and, unfortunately, misinformation about medical and psychological conditions—and my search yielded many links to articles about “real-life” or “real-event” OCD. As it turns out, I’ve treated countless patients with it. More than a handful of the people I’m currently seeing have it. I just never knew it had acquired a message-board-worthy name.

From what I have read, the term refers to obsessional rumination about past events that actually have occurred rather than the more widely known OCD worries about consequences that might arise in the future, such as starting a deadly fire by leaving on the oven. But even though the content and focus of the obsessions differ, the underlying thought processes driving them are identical: an extreme sense of responsibility, an overestimation of danger, and a poor tolerance for uncertainty.

While I understand the need for people to categorize their personal OCD struggles in order to make sense of them and feel less alone, I take issue with defining OCD by its content. Even when a real event is the trigger for OCD rumination, the actions—compulsions—taken to deal with the thoughts about a true or imagined occurrence are the problem, not the thoughts about it or its potential consequences.

You can call it “hOCD,” “rOCD,” “scrupulosity OCD,” “pOCD, “ and, yes, “real-event OCD,” if you like.  But in the end, the classifications do not describe different disorders. They are all just OCD.

Here are some examples of obsessions about real events and the compulsions associated with them:

Event: I talked my college roommate into taking LSD with me. He became paranoid. A few years later, he was diagnosed with schizophrenia.

Compulsions: Researching the causes of schizophrenia, reviewing the event to remember if I pressured him, asking friends who were there if they thought he had been reluctant to try the drug, reviewing conversations I’d had with him prior to the event for signs of mental illness.

Event: I caught the flu when I was pregnant because I didn’t get a flu shot. I had a high fever and took Tylenol for a week. My child has dyslexia.

Compulsions: asking my husband if he thinks I’m a bad mother, researching the causes of dyslexia, reading stories about celebrities who struggled in school but are successful anyway, asking other moms if they had fevers during their pregnancies, looking at parenting message boards for posts about kids with dyslexia, checking several times a day to see if my child can read simple words.

Event: When I was in law school, I made extra money by helping high-school students write college admission essays.

Obsessions: I didn’t think about it until the recent news about the college-admissions’ scandals, and now I think I committed a crime. I work for the government and am applying for a security clearance. I don’t know if I should tell them about it. I’m worried I’ll fail a polygraph test if they ask me to take one.

Compulsions: researching the criminal statutes about fraud, reading the news and comparing myself to Felicity Huffman and Lori Loughlin, deleting the correspondence with the students from my computer, looking at their social media to see where they went to college and what they’re doing now, confessing to a few trusted friends, asking my boss repeatedly if I will have to take a polygraph.

All of these examples are ambiguous—the perfect medium for OCD to flourish. They also share another feature common to obsessions about past rather than future-oriented events: they generate feelings of guilt and shame, along with anxiety.

Maybe you showed poor judgment. Maybe you said or did something you now regret. Maybe you acted carelessly or irresponsibly. Maybe you even committed a crime. But unless we’re talking about murder (and with OCD, it is rarely so clear-cut), do you really deserve a life sentence for your actions with no chance of parole?

Instead of condemning yourself for a past misstep, try a more self-compassionate approach. Acknowledge you may have behaved regrettably and learn from your mistake. And, most important of all, forgive yourself for your shortcomings. They don’t make you a bad person--merely human, and one with OCD,“real-event” or not.