Suicidal Thinking vs. Harm OCD Intrusive Thoughts: How Are They Similar & How They Are Different

Death by suicide is a major public health problem that profoundly impacts families in a way few other things do. Every year, many people at risk of suicide seek and get help, potentially saving themselves and their loved ones untold grief. The good news is that death by suicide can often be prevented through early screening and obtaining effective treatment. We as a society are recognizing the critical need for these services. As awareness of this health condition increases, more and more lives will be saved.

But this article is actually about an entirely different condition called Harm OCD. Harm OCD can hone in on the fear that you will lose control and hurt another person or yourself.

Harm OCD can involve intrusive thoughts about losing control and committing suicide.  Although this form of Harm OCD has yet to be given an official name, we see it frequently enough in our practices that we decided it has earned itself its very own name, so for the purposes of this article we will be calling this flavor of OCD “Self-Harm OCD.“

Self-Harm OCD is often experienced as a vicious cycle. The first step in this cycle involves a disturbing, scary, intrusive thought or image (this is the “O” or “obsession” part of OCD) about suicide. This is often followed by an exhausting and lengthy process of attempting to figure out if you are actually suicidal (this is the “C” or “compulsion” part of OCD) by mentally reviewing questions such as:

At the heart of obsessive thoughts is the desperate need to know, with 100 percent certainty, that a feared outcome will not occur and that “everything is OK.” The neurological networks active in OCD are actually quite helpful in certain scenarios; humans would not have survived for very long without them.  For example, it is helpful when you leave the house and forget to close your garage door to have the thought, “Oh no, I forgot to close the garage. I better head back home to close it, or someone is going to steal my new bike.” Unfortunately, some people are overly reliant on the certainty that comes from that sort of checking. You may be experiencing symptoms of OCD if you spend significant time engaging in mental gymnastics or physical compulsions to become 100% certain that a devastating outcome will not occur.

The false promise of checking

And now we must give a brief apology. Perhaps you were lured into this article because you were hoping it would provide a handy way to help you differentiate between “true suicidal thinking” and obsessive / intrusive thoughts about suicide. Unfortunately that checklist not only does not exist but would be impossible to create.

Desperate google searches to find information that calms your anxiety and proves to you that you are “OK” are often just a certainty-seeking compulsion. The problem with engaging in any compulsion as a means to calm your anxiety is that it only “feeds the beast” of OCD, and strengthens the thinking patterns that brought on the initial thought. Inadvertently such compulsions increase the likelihood that, after a short period of relief, the intrusive thoughts will come back with a vengeance, demanding even more certainty that you are ok.

Effective treatment for harm-related OCD entails assisting clients in fully experiencing their scary thoughts (exposure) over and over again until their brains grow bored with the thoughts. This process is similar to watching a scary movie until it loses its shock value and shifts from being frightening to absurd.  At the same time, treatment teaches strategies and to reduce or abandon behaviors meant to reduce anxiety (response prevention). This treatment approach is called exposure and response prevention (ERP) for OCD. ERP entails flipping the typical OCD experience on its head by practicing bringing on intrusive, anxiety provoking thoughts while disengaging from any compulsions (both physical and mental) that have been utilized to obtain short-term anxiety relief.

The good news is that as you work on moving past “Self-Harm OCD,” you will learn how to not only tolerate but eventually play with uncertainty. In doing so you will be opening yourself up to all of the mysteries and wonders of life. And that is where all the fun begins.

For assistance in moving past harm-related OCD thoughts, contact a mental health professional trained in cognitive-behavioral therapy (CBT) or pharmacotherapies, or both. You can search for a therapist in your area on the ADAA website to help you with this challenging, but very important work. 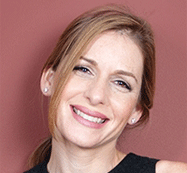 Dr. Debra Kissen is the CEO/Chief Exposure Officer at the Light on Anxiety CBT Treatment Center in Chicago. She specializes in CBT based treatment to children, adolescents and adults with a focus on anxiety and stress-related disorders, including OCD, PTSD, panic disorder, agoraphobia, social anxiety disorder, generalized anxiety disorder, specific phobias, separation anxiety disorder, compulsive skin picking, trichotillomania and other Body Focused Repetitive Behaviors (BFRBs). Dr. Debra Kissen applies the principles of evidence-based treatments while at the same time treating the whole person, with deep respect for the human spirit and the challenges we all face on our journey through life.

Dr. Kissen is a Clinical Fellow at the Anxiety Depression Association of America (ADAA) and is a Co-Chair of ADAA's Public Education Committee. 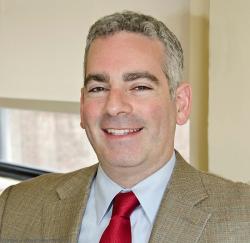 Dr. Paul Greene is the director of the Manhattan Center for Cognitive-Behavioral Therapy in New York City. He received his doctorate in clinical psychology from Boston University and completed postdoctoral training at Memorial Sloan-Kettering Cancer Center and the Mount Sinai School of Medicine. Dr. Greene served as an assistant professor at the Mount Sinai School of Medicine for six years. He is an expert in the treatment of anxiety and related disorders, and the application of mindfulness in cognitive-behavioral clinical interventions. Dr. Greene is  a member of ADAA's Public Education Committee.

Bringing it to light

thank you thank you for bringing this condition to light.

Hello I'm living in England Thank you so much for bringing this to light,I feel sure this is how I suffer,but also the thoughts of self harm include being so very very frightened of what I may do,I go to bed early to try to get away from my thinking i have no idea of what I will do but it's like being frightened of thinking(if that makes sence) once again Big thank you regards margaret

Hi Margaret, I too suffer…

Hi Margaret, I too suffer from the same thoughts. Its exhausting being terrified of your own thinking, I too go to bed early in an attempt to have a break from my thoughts. Its good to know we're not alone and certainly not going crazy. I hope you get the support and treatment you need and deserve towards recovery xx

Thank you for this insight it is nice to confirm I am not the only one. If I knew about this I could have avoided years of self harm, followed by self medication and eventual alcoholism. I think I will call that therapist I have been meaning to talk to tonight as a result of this passage. It means the world to me that smart people like you both are looking out for people like me and want to help.