Is There Really an App for That? – Therapy Apps for Depression and Anxiety 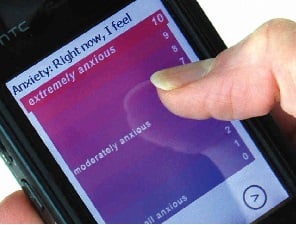 The article raised two separate, but related, issues with regards to the potential of mobile apps to address depression and anxiety, and potentially curb suicide. First, are mobile apps effective at impacting mental health and second, can mobile apps replace traditional face-to-face treatment?

A good amount of scientific evidence suggests that mobile apps can effectively treat depression and anxiety, and some evidence is accumulating to support apps to reduce self-harm and suicidal ideation. However, the most effective apps for depression and anxiety also include some form of human interaction. In these approaches, which combine human involvement with technology, the benefits may be as large as even traditional face-to-face therapy. Such apps typically use concepts from established evidence-based practices, such as cognitive-behavioral therapy, and use human support to boost engagement, personalize strategies, or troubleshoot problems. Apps that lack human involvement often have smaller benefits and few people persist with them after initial use. These apps still have value – they can be useful as front line options in a system of care, as tools to reinforce skills after successfully ending therapy, or as an option for some form of help when barriers prevent other access. But they are not suitable replacements for therapy.

This leads to the second question; can mobile apps stand in for traditional face-to-face treatment? Currently, it does not appear that any technology alone is sufficient to replace a trained and licensed mental health professional. The USA Today article compares some current products to ride-sharing apps such as Uber or Lyft - but the process of becoming licensed to drive a car is much different from the process of becoming licensed to provide mental health services. Platforms that connect people with untrained supporters might provide some benefits but likely in the same way that a supportive friend or family member can be helpful in coping with some of the stresses associated with depression and anxiety. Platforms that incorporate trained professionals might be beneficial insofar as they might overcome issues of geographic access, travel time, or fitting therapy into a busy schedule but questions of cost remain especially as many of these platforms are not currently covered by insurance. Although some work suggests that a strong therapeutic relationship can be formed through technology, in my own experience I find that people often want some face-to-face interactions to establish a relationship before moving to technological communications. It is also very likely that some people will always prefer face-to-face interactions when dealing with sensitive issues as addressed in treatment.

In short, mobile apps have a role to play in addressing anxiety, depression, and potentially suicide, and technological options continue to expand and improve. However, consider for a second the frustration of trying to rebook an airline ticket or schedule a maintenance appointment with an automated system - now translate that to therapy to appreciate just how much further technology has to advance before technological treatments can replace face-to-face treatment. For the time being, it might be best to think about such products as “in addition to” rather than “instead of” options for mental health treatments. 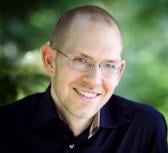 Stephen M. Schueller, PhD is the Assistant Professor of Psychology and Social Behavior, University of California, Irvine. After receiving his bachelor’s degree in psychology at the University of California, Riverside, Dr. Schueller obtained his PhD in clinical psychology from the University of Pennsylvania in 2011. He completed his clinical internship and postdoctoral fellowship at the University of California, San Francisco in the Clinical Psychology Training Program - Public Service and Minority Cluster at San Francisco General Hospital. Dr. Schueller’s research focuses on increasing the accessibility and availability of mental health resources through the use of technology. This work lies at the intersection of psychology, human-computer interaction, and implementation science. His research has explored the development, deployment, and evaluation of technologies to promote well-being and to treat and prevent mental health issues. He is the Executive Director of PsyberGuide, a project of One Mind that identifies and disseminates unbiased information about the effectiveness and usefulness of digital tools for mental health. In his work, he has explored the use of technology-based resources in diverse contexts and populations including in clinical settings as adjuncts for clinical treatment of depression, with middle-school children, and with homeless youth. He has received Rising Star Awards from the Association for Psychological Science and the International Society for Research on Internet Interventions and his work has been funded by the National Institute of Mental Health, One Mind, and the Jacobs Foundation. He is an active member of ADAA, ABCT, and the International Society for Research on Internet Interventions (ISRII), and a fellow in the NIMH, NIDA, VA-funded Implementation Research Institute.