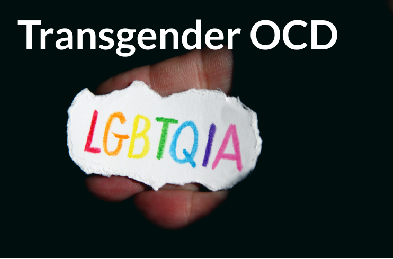 In the early 2000s, patients started reporting a new worry to their OCD therapists: what if I’m gay? This thought was often prefaced by patients declaring that they weren’t homophobic, but the fear was still there. The theme was dubbed homosexual OCD or HOCD. However, around that the same time, patients who were gay had a very similar fear: what if I’m actually straight? The issue of sexual orientation creeping into OCD is a sign of the ever-evolving societal environment. As such, it’s not surprising that a new twist on a common OCD theme is finding its way into the minds of some patients: what if I’m transgender? Conversely, people who are transgender might worry about being cisgender, or identifying with the gender identified at birth.

Over the past decade, issues involving the transgender community have established an increasing presence in media and the political arena. From watching the gender transition of Caitlin Jenner, to laws regarding the use of public restrooms, it seems impossible to avoid these issues. The first references to transgender OCD appeared only in 2015, and there’s still little information about it online. However, because of the similarities to sexual orientation OCD (and to OCD in general), the thoughts, anxiety, and treatment follow a familiar route.

Like sexual orientation OCD, this fear has nothing to do with a person hating, disliking, or being afraid of people who are gay or transgender. Typically, there are two primary concerns. One is the idea of being someone other than who they believe their true self to be. It’s not that being transgender is wrong or bad; it just doesn’t feel to the individual like that’s who they are. The other concern involves loved ones. With sexual orientation OCD, it’s common for people in relationships to worry that they’ll have to break up with their significant other, hurting that person and destroying the life they’ve built together. Additionally, some are worried about how “coming out” might result in rejection from others. For anyone – with or without OCD – the thought of life being flipped upside-down is scary and overwhelming.

Common rituals include doing research online, asking people in the transgender community if their thoughts sound like those of someone who is trans, or trying on clothes traditionally worn by members of another gender. Treatment is the same as with any other OCD theme – exposure and response prevention (ERP). Although patients often can articulate their personal triggers, which can be used to plan exposures, some general exposures include reading stories or watching videos of people talking about when they realized they were born in the wrong body, writing and reading scripts as part of imaginal exposures, and attending an LGBT+ event.

Clinicians are likely to see an uptick in cases of patients with transgender OCD beliefs, and it’s a near guarantee that as our society continues to evolve OCD will follow quickly behind. 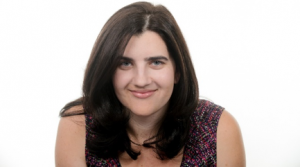 Stephanie Woodrow, LCPC, NCC has a private practice in the Washington, D.C. area specializing in the treatment of adults with anxiety disorders, obsessive-compulsive disorder, and related disorders. Stephanie has participated in an advanced forum through the IOCDF’s Behavior Therapy Training Institute and was named an Emerging Leader by ADAA. She previously served as chair of ADAA’s Early Career Professionals and Students SIG and is actively involved in the OCD and Related Disorders and Social Anxiety SIGs as well as serving on the Membership Committee.