What is Trichotillomania (TTM)?

This consists of compulsive urges to pull one’s hair resulting in noticeable hair loss. Hair-pulling can be any part of the body like arms, pubic hair, eye lashing, legs, etc.

Why do people do this?

TTM often begins in childhood/adolescence during stress or tension. The pulling is not painful, but soothing or pleasurable, which might explain the maladaptive impulses to continue. Subgroup that falls into mild trance/altered awareness when pulling, unaware of their actions. Usually followed by guilt and remorse.

How common is TTM?

Massachusetts General Hospital Trichotillomania Clinic estimated that 5-10 million Americans are affected by TTM. One college study indicated 6/1000 individuals may develop TTM in their lifetime. There are many more compulsive hair-pullers who do not meet diagnostic criteria. TTM appears as common as other serious psychiatric disorders (e.g. panic disorder). Underestimated due to patient concealment, or professionals do not inquire.

Who is affected by TTM?

Trichotillomania is a heterogeneous disorder with a spectrum of effects. It can range from mild hair/eyelash pulling to baldness, disfigurement, and chronic skin conditions. It may start at 22 months age, earlier than all other disorders, but there are no recorded onsets over 60 years of age, unlike most disorders. It may also start at preteen stages due to hormonal changes that occur. Roughly, 2-5% of teens will develop skin picking, while 45% will develop nail biting. Social media does not have much impact, it is more of a genetic disposition. However, social media might promote self-awareness of trichotillomania and encourage teens to seek professional help.

How does TTM affect men and women differently?

The causes are currently unknown, but there are multiple factors for onset and maintenance such as:

What is the course of TTM?

1.    Evaluation by a professional familiar with TTM
2.    Screen for other conditions that affect hair loss
3.    Behavioral treatment involving awareness of hair pulling, stimuli or triggers, including ‘habit reversal’ to practice other behavior and control urges
4.    Medications have reduced severity of TTM in controlled studies, eg. antidepressants
5.    Self-esteem, personal and social functioning exercises

Medications for treatment of TTM:

Due to superficial similarities of TTM and OCD, OCD medications have been tried, especially Serotonin Re-uptake Inhibitors (SRIs) such as:

Usually medications require at least 6 weeks at the therapeutic or maximum dose tolerated to know if it will work for the individual patient. If medication does not help, it should be discontinued. If medication is only partially effective, other medications may be added – with careful supervision from a psychiatrist, who is an expert in OCD spectrum.

Self-monitoring sheets: Fill these out between weekly sessions. Track the following information about the hair-pulling episode:

Monitoring these episodes allows experts to learn when to anticipate the next time an individual will experience an episode(s).

Learning muscle-tensing activity, which is opposite to, and incompatible with hair-pulling. It is known as a ‘competing response.’

Assemble to complete habit reversal response. Patients are instructed that the first priority for whenever and wherever they get the urge to pull should be:

1.    Relax themselves, and simultaneously
2.    Breathe from the diaphragm for 60 seconds, and when this is done
3.    Clench their fist and press their arm to their side for 60 seconds

HRT is fairly discrete and can be practiced in most situations without attracting attention.

Exception: urges to pull when driving a car. In such a case, patients are instructed to only do diaphragmatic breathing, and clench hands on the wheel instead. This can be adapted to other situations unsafe or not advisable for TTM.

HRT can be adapted to treat TTM from different body parts.

Some patients may practice a few days and be discouraged by lack of immediate results.

Most TTM patients have faced ridicule and criticism from others. To help reduce the criticism, exposure therapy is a great tool. The purpose of exposure therapy is to expose them to the types of criticisms they might receive.  Of course, this would be a gradual exposure to alleviate anxiety they might experience during the exposure. Another form would be repetition. The patient is given a journal and asked to write down the criticism over and over again. This brings awareness to the types of criticisms and the patient can observe that the criticism isn't as bad as it seems.

Professionals must explain the need for patience and persistence to develop HRT skills. Encourage optimism.

This requires different phases to help maintain the behavior
1.    Educate and assess
--Psychoeducate about the disorder and it's not about the anxiety, but the anxiety associated with it.
2.    Identify the impulses
--Finding the times and places that urges occur (e.g. observing self in the mirror)
3.    Select strategies
--Gloves and ice have been helpful in treating those with trichotillomania. It helps from     pulling more hair that usual and keeping hands busy
--Cover mirrors
--Throw away tweezers
4.    Evaluate
5.    Add or delete strategies that aren’t working
--Maintain strategies
6.    Maintenance
--Client and therapist work on a plan together to manage hair pulling
--Client should be able to define relapse and lapse

Patient X, 18 year-old Caucasian female was previously diagnosed with OCD, PTSD, and Trichotillomania and presented a history of sexual trauma. Patient was given six weeks of intensive therapy to reduce her trichotillomania symptoms. Upon arrival, she wore a wig to hide her bald head. She reported that at night she was picking other hair parts on her body to reduce her current tension that was caused by stress.

A functional analysis was administered (mentioned above) and it was suggested to her to slowly expose herself to other people to reduce the fear of being bald. It took a while to convince her to uncover her head. She was taught to write down the criticisms she would receive and any negative comments/attention she received. Doing so would help her reduce the fear. Furthermore, she was instructed to bring all the hair she pulled out (and to count them) to her therapy session. The purpose was for her to observe how much she was pulling out. Another strategy was for her to observe herself in the mirror, touch the bald spots to discourage her from further pulling her hair. She was simultaneously treated for OCD and PTSD.

After treatment, she no longer wore the wig. Her motivation and drive helped her to succeed in the treatment program which is essential for bettering oneself. She was monitored for four years and continued to improve. She reported hair growth on her head and was able to engage in a relationship. 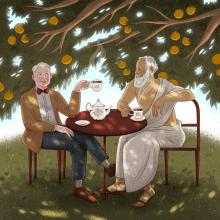