Treating the Psychological and the Physical: Cognitive Behavior Therapy and Neurological Disorders 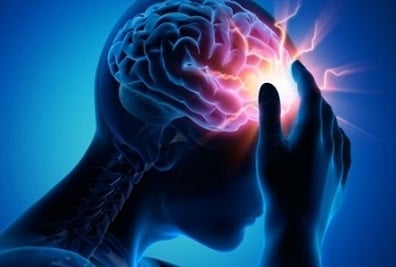 There is no doubt that coping with chronic neurological illnesses can be very distressing. What is however not frequently recognized is the fact that the distress is often a full-fledged co-morbid (co-existing) psychiatric condition that is present alongside the neurological condition. Parkinson’s Disease (PD), Multiple Sclerosis (MS), Stroke, Epilepsy and Myasthenia Gravis (MG) are some of the neurological disorders that have been identified as having psychiatric co-morbidity. Mood and anxiety disorders have been reported as being present in about 40% of neurological patients and associated with greater disability. The use of pharmacological treatment to help alleviate the depression and/or anxiety associated with neurological disorders can be challenging because there is often the risk of adverse side effects.

Cognitive behavior therapy has been well established as an effective intervention in the treatment of mood and anxiety disorders. The importance of utilizing CBT and other non-pharmacological approaches to treating co-morbid psychiatric conditions in neurological disorders has only been highlighted in the past decade. The research that has been carried out in this area is limited but very promising.

Depression occurs frequently in patients with Multiple Sclerosis. It is of concern that suicidal ideation has been found to be prominent in MS patients with depression. The studies examining CBT efficacy for treating depression in PD patients are limited but they all suggest that CBT is beneficial, especially when it is tailored to the specific difficulties associated with MS.

Depression is the most common co-morbid psychiatric condition seen in patients with epilepsy. The presence of depression in epilepsy patients is worrisome because it impacts seizure control negatively. Higher rates of suicide have also been reported in patients with co-morbid depression. Physicians find it challenging to treat the co-morbid depression in their epilepsy patients because some antidepressant medications tend to lower seizure threshold and there is also the problem of adverse drug interactions between antidepressants and antiepileptic drugs. On the other hand, a non-pharmacological treatment like CBT has been found to reduce depression and epilepsy related distress. Currently the international consensus clinical practice statement for the treatment of neuropsychiatric conditions associated with epilepsy recommended CBT as the psychological treatment of choice for depression in individuals with epilepsy.

Depression and anxiety disorders are frequently reported among MG patients. Insomnia is another common problem. Pharmacological treatment of mood and anxiety disorders in MG patients can be challenging because of the potential adverse reactions that can be triggered, causing direct impairment of neuromuscular transmission or respiratory depression. Research investigating the use of psychological interventions to treat mood, anxiety and sleep disorders in patients with MG is almost non-existent but a recently published case study utilizing only CBT to treat anxiety, depression and insomnia in a MG patient indicated very beneficial outcomes that were also durable.

CBT is a very useful and beneficial treatment option for neurological patients with psychiatric co-morbidity considering the lack of adverse risk factors and side effects. Importantly, non-pharmacological approaches have been reported as being highly preferred by individuals with neurological disorders and co-morbid psychiatric symptoms. 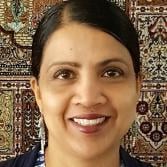 Great article and very nice collection about the motivational blogs. This stuff is amazing to read i have personally implemented some tips and recommendations to follow.