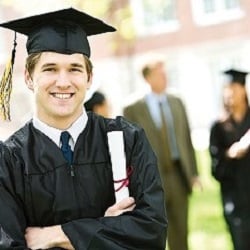 It was not until my son returned from his freshman year at Emory University did he reveal what happened on our flight to Atlanta.  Now back home in Los Angeles, sharing college stories with his best friend Emily, Jason disclosed to us that he was so anxious about going to Emory he threw-up in the bathroom of the plane. Emily, who spent her first year at Tulane in New Orleans, candidly offered her opinion as only a best friend can do, “You’re such a barfer. Barfing is your go-to when you’re anxious.” I asked Emily, what was her go-to? “Oh I’m a crier. I called my mom crying everyday the first month of school.” She went on to share that she was so anxious she couldn’t sleep the first three nights and only ate one meal a day for a month.

Going off to college, especially if it’s out of state, is highly stressful and all students feel anxious. Yet everyone looks like they have it all together. Don’t kid yourself. Inside the façade of confidence lives rampant insecurity as adrenaline wreaks havoc on the body: Racing heart, muscle tension, butterflies, irritable bowel, nausea, lightheadedness, insomnia, and poor appetite, just to name a few.

I asked my patient who is starting San Diego State about her fears. “I worry I won’t know how to do things, figure out my work load, where everything is, not doing well.” And her biggest worry? “People won’t like me.” And then she added, “but, I know they will.”

Remember, every freshman is in the same situation and they ALL feel anxious. Anxious thinking and physical symptoms of anxiety are normal. How first year students respond to those thoughts and symptoms vary however. Whereas some students thrive, others flounder.

Both Jason and Emily thankfully thrived their first year but it didn’t happen overnight. They did not begin to feel comfortable until second semester. And for many it takes the entire year to acclimate. I asked Emily how she successfully adjusted. “I think what really made me grow into my own at Tulane was learning to be uncomfortable. Knowing that it’s okay to feel uncomfortable, awkward, and to feel a little out of place, and to embrace those emotions, and roll with it.”

I couldn’t have said it better myself. We must accept what we don’t have control over and focus on where we do. Being upset that it’s raining and urgently wishing it will stop, only makes for a miserable day. Instead, we accept it, grab an umbrella, and go. We may not like the rain, but we don’t try to stop it and we don’t let it stop us. This mindset can be applied to fear and anxiety as well.

Put anxiety in one pocket, doubt in the other, and introduce yourself to as many people as possible. The sooner you do this the better. Jason admitted, “I hated introducing myself but you make friends by getting out of your room, joining groups, and meeting people.” He remembers being in the center of campus the first night of school, surrounded by food trucks and hundreds of freshman. He thought to himself, “This is it. Time to make friends.” He took a breath, joined a conversation, and introduced himself. He spent hours talking to a guy from Chicago who ended up becoming one of his best friends.

You won’t click with everyone but if you meet enough people, you will eventually develop a support system that will help you thrive and friendships that could last a lifetime. “Friendships take time to build. It’s ok to not have a best friend on day three,” said Jason.

Both Jason and Emily no longer feel uncomfortable or anxious because they were willing to accept their anxiety and walk through it until they reached the other side. “Once I started talking to people, I got involved in clubs, I felt like I grew a real community around me and that’s what really made Tulane become my home.”

Jason did the same. He auditioned and interviewed for several organizations. He was rejected by a couple and accepted into others. And he managed to balance these activities with a healthy social life and a rigorous class schedule.

Freshman are used to the pace of a 20 week semester. College moves very quickly and the workload of a 15 week semester or a 10 week quarter is another source of anxiety. Since studying can be difficult and stressful, it feels better to put it off - to do it later.  But when later doesn’t come until the day before the midterm, the stress of studying can explode into panic and usually a poor grade.  College is also less structured than high school.  There is a lot of downtime between classes which can be wasted on getting wasted, playing video games, socializing, or sleeping.

Being away from home, without any parental guidance, requires you to be your own parent.  You are responsible for telling yourself to go to class, start writing the paper, go to bed, stop smoking pot, and not to drink when you have a test to study for.

The sudden transition to a life of independence and freedom is challenging for many and poor choices are all too common.  After all, it’s much more fun to party and socialize than to go to class or study.

Instead of falling behind and playing catch-up, stay on top of the work.

Prioritize properly.  You or your parents are paying thousands of dollars (in some cases more than $200,000) for the purpose of obtaining a higher education.  Doing school work comes before having fun.  Fun is important but if fun is the priority, you won’t be happy in the end.

To hit a homerun you have to keep your eye on the ball. The primary reason for attending university is for education and career development.

“College is not meant to be easy. You’re supposed to be challenged, not just academically but in every way. And you have the opportunity to grow in all aspects of life.”  Well said son.

Making it through your freshman year successfully will require you to come out of your comfort zone, accept and push through your anxiety, prioritize, and make wise choices.  If you can do that as a Freshman, your Sophomore year will be much easier.