In recent history, autism has been identified in several gifted artists and scientists, although it’is more generally associated with severe and impairing conditions. Today, we talk about “autism spectrum disorder” (ASD), a definition that recognizes the heterogeneity and complexity of a lifelong condition, whose symptoms fall into a continuum and account for large variations from patient to patient. A number of medical and psychiatric comorbidities ranging from gastro-intestinal and autoimmune disorders, to ADHD, depression, OCD and anxiety disorders, contribute to challanges in assessment and treatment of this condition, which requires a multidisciplinar approach.

Although anxiety is not considered a core feature of ASD, anxiety disorders are the most common comorbid conditions in these patients. Because of the great impact on the course of the disorder, recognizing anxiety and treating it properly is particularly important for the wellbeing of these patients.

Core Aspects Of ASD And Their Clinical Presentation

As the Diagnostic and Statistical Manual of Mental Disorders- 5th edition states, the core symptom domains of ASD are constituted by deficits in social communication across multiple contexts (deficits in social-emotional reciprocity, non-verbal communication and developing relationships), as well as restricted, repetitive patterns of behavior and interests.
These symptoms must be present in the early developmental period, however they may not become apparent until later in life.

When Do These Patients Seek Help?

The main reasons why patients with ASD seek help can be divided into two categories, reflecting two different subgroups of the disorder:

Is Anxiety An Important Problem In Autism?
Although anxiety is not considered a core feature of ASD, 40% of young people with ASD have clinically elevated levels of anxiety or at least one anxiety disorder, including obsessive compulsive disorder.
It is particularly important to recognize and treat anxiety in ASD since it has a great impact on the course and the core aspects of the disorder, exacerbating social withdrawal as well as repetitive behaviors.
Moreover, while untreated comorbid anxiety has been associated with the development of depression, aggression, and self-injury in ASD, an early recognition and treatment may convey better prognosis for these patients.

How Anxiety Arises In ASD And How To Recognize It
It’s not easy to recognize the presence of anxiety in patients with ASD, because of overlapping symptomatology and altered presentations of symptoms.
Patients who are minimally verbal may be unable to report their internal states (eg worry) and instead demonstrate anxiety through disruptive behaviors, while others may be verbally fluent but present with difficulties in understanding ones’ own emotions and expressing these emotions.

How To Treat Anxiety In ASD. A Personalized Approach

The evidence concerning the impact of anxiety on the course of ASD highlight the importance of treating anxiety problems in a timely fashion to improve overall functioning of individuals with ASD.
While not a core aspect of ASD, but rather a distinct disorder arising in the course of ASD, anxiety can be treated separately from the other domains of the disorder, but treatments have to be adapted to this population.
Specific approach for the treatment of anxiety in this population include: 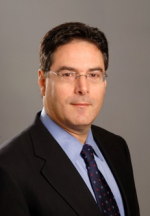 Dr. Eric Hollander is the Director of Spectrum Neuroscience, as well as a Clinical Professor of Psychiatry and Behavioral Sciences at the Albert Einstein College of Medicine and Director of the Autism and Obsessive Compulsive Spectrum Program at Montefiore Medical Center and the Albert Einstein College of Medicine. Dr. Hollander has published more than 500 scientific publications in the professional literature. Dr. Hollander is listed for the past ten years in NY Magazine’s and Castle Connolly’s “Best Doctors”, and “Best Doctors in America”. 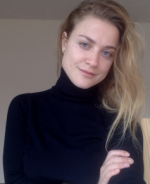 Dr. Elisabetta Burchi is resident in psychiatry at the University of Florence (Italy) and research fellow at the Autism and Obsessive Compulsive Spectrum Program at Montefiore Medical Center and the Albert Einstein College of Medicine.

Dr. Hollander has published more than 500 scientific publications in the professional literature. Dr. Hollander is listed for the past ten years in NY Magazine’s and Castle Connolly’s “Best Doctors”, and “Best Doctors in America”.

The Autism and Obsessive Compulsive Spectrum Program and the Anxiety and Depression Program at the Albert Einstein College of Medicine and Montefiore Medical Center :
https://www.einstein.yu.edu/departments/psychiatry-behavioral-sciences/autism-program/