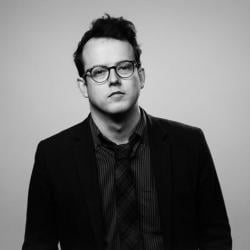 “Hello, my name is Trevor Clifford, I am a video producer with 10 years of experience in corporate and commercial content. In 2014 I was diagnosed with Generalized Anxiety Disorder.”

I write that first sentence in messages and emails every day, this essay is the first time it’s been followed by the second.

Anxiety is constantly being redefined by its clinical understanding, and also by each individual's relation to it, but it’s not something I’ve ever seen examined faithfully in film or TV - which means we are still invisible.

My relation to anxiety is a classic and typically secretive journey towards understanding that I’m sure many will recognize:

My first remembered “episodes” manifested as nervousness around food and eating when I was 13 or 14. I paced obsessively before meals, struggled eating, and paced more after - always in secret.

I visited a general practice doctor, desperate for a curable physical diagnosis. I visited a family oriented therapist during my parents divorce, he had bible verses framed in embroidered patterns on the wall.

I eventually “moved on."

I gained a social life, my first girlfriend, and joined a band. In clinical terms my “symptoms receded”, and I had less secrets to keep.

A passion for music became a passion for photography after a band member of mine committed suicide at the age of 18 - high school was over. I visited the same therapist, this time with larger issues to bring to the table, and gained a better understanding of the human mind and emotion.

Photography brought me to film school in New York City - a stressful environment that demands a deeper awareness of clinical psychology. I weathered all my college years in the city before overpaying a therapist with fancy degrees on his walls to talk about The Sopranos with me and hand down my diagnosis along with a bottle of Alprazolam (Xanax) - this time, college was over.

DSM5 300.02, Generalized Anxiety Disorder: Excessive anxiety and worry (apprehensive expectation), occurring more days than not for at least 6 months, about a number of events or activities.

I also learned how to journal about my symptoms after nearly fainting on a subway platform at 86th & Lexington Ave - a difficult period of “at least 6 months” was ahead.

At 25 I had a brand new bottle of pills in my backpack and was crying every night as I began my first job in broadcast. That job eventually brought me around the world, living and working in the UK for two years where my symptoms were mostly in remission or self medicated by marijuana and alcohol.

After my first panic attack in a New York subway I wrote in my journal “where and when will I be when an attack lands me in the hospital?” The answer was something I never could have predicted - on the streets of South East London in 2018 I panicked and collapsed in the street, three stitches in my eyebrow at no personal expense, thank you universal healthcare.

During all these years and episodes I kept in mind the lack of faithful depictions of anxiety in the film and TV I was absorbing rapidly - my passion for filmmaking combined with the shame of secrecy and misrepresentation gnawed at me. I even wanted the people closest to me to one day witness one of my attacks, to take my anxiety seriously, but that still hadn’t happened.

Now at age 30 I’ve left my broadcasting job, bolstered by the confidence it gave me in my skills and the understanding my greatest anxiety episodes have given me: life is too short. To understand a cliche is quite damning.

I’ve relocated yet again to Los Angeles and find myself in a healthy relationship with symptoms in remission - there isn’t a period of schooling to be completed or deadlines to meet for a professor or boss. I don’t want my or anyone else’s anxiety to be invisible, so I’m writing a new chapter for myself, the one where I take anxiety to the screen, where it won’t be a secret anymore.

Trevor is seeking collaborators on independent films representing anxiety. Please contact him at trvrclifford.com or trvrclifford@gmail.com.

Did you over come

Did you overcome your anxiety problem ?

My son was diagnosed with GAD when he was 16. He is now 26 and still struggles with the disorder. He’s never had a job or girlfriend because of his disorder. As his mom I feel helpless. Its been hard to find others with this disorder and get help. I applaud you and your efforts to bring this disorder out of hiding. Good Luck!

You are SUCH a good mom and you're in the right place. There are millions of us out there with this disorder and it's worth seeking out therapy or medication or both. You might be surprised that many primary physicians have psychological training and can lead your son in the right direction. There were times when my life has been a living hell. But remember this: THERE IS great compensation after getting through this. I've used a book called The Anxiety Cure, which points out that anxiety management IS the cure, thus far. PLEASE. PLEASE. PLEASE. Tell your son to hang in. With so many of us anxiety sufferers out there, he is never alone. Ever.

Thank you, Trevor. I worked in broadcasting for many years while struggling with moderate to severe anxiety. Funny thing was, I did get stage fright, or camera fright, but compared to my normal anxiety levels, that was a relief. You're a good man. You are serving others just by sharing your experiences.