Help! I Keep Trying to Move Up the Corporate Ladder and My Social Anxiety is Holding me Back! 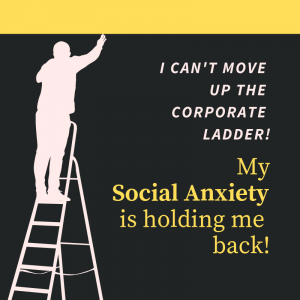 People with Social Anxiety (SA) have an intense fear of being judged negatively, being criticized, or being embarrassed in public. These fears can have a profound negative affect on professional advancement. Here are examples of how two people with different types of SA fears were able to make changes that helped them achieve career success. NOTE: the identifying details of the individuals have been changed to protect their privacy.

Evan was 3 years out of college and working as an associate at management company. During his last review, his boss encouraged him to apply to some of the open Senior Associate positions at the firm. She assured him she would back him up with positive recommendations. Evan went to one interview and was not chosen for the position. He described the experience to his boss as “a disaster” and said he was too nervous to do any more interviewing. His boss suggested he find a cognitive behavioral therapist to help him with this challenge.

During his first therapy session, Evan described the details of his interview. He answered the very first question with a stutter and said something he did not plan to say. He believed he had made a major mistake, dwelled on that thought, and made more mistakes. He cut the interview short because he was not able to recover from the anxiety produced by his thoughts and believed he had failed.

We talked about how Evan’s fear of judgement became extremely intense before and during the interview process. He had a hypersensitivity to making any mistakes and went to the meeting believing anything other than a perfect performance would be a complete failure. We set the of goal of getting Evan comfortable enough to interview again and developed the following treatment plan:

Evan was eventually able to interview for a new position and received the promotion. The change in his thoughts, feelings, and behaviors happened gradually over time, but he committed to the plan and was successful.

Maria was a Data Entry Specialist at a marketing company. She was offered and accepted a promotion to the Sales team. After 2 weeks, Maria was regretting her decision and started dreading her workday. In her new position, Maria spends most of her day making and receiving phone calls. She previously had little experience with professional phone calls and realized quickly that she had a surge of anxiety whenever her phone rang or she was preparing to make a call. She decided to find a counselor to help her feel better in her new position.
During our first session, Maria shared these thoughts and fears about phone calls:

Maria was stuck in a cycle when she made a business call. She would immediately think the call was going poorly and her anxiety would grow to the point where she had to abruptly end the call.

We worked on the following areas during therapy sessions:

The combination of mindfulness training, learning new skills, and exposure to fearful situations all worked together to help Maria gain success. She could calm her anxiety and see her worst fears did not come true. As she continued her exposure exercises, her fear started to disappear. She now understands she is not expected to be perfect every time, and knows how to recognize and congratulate her successes.

The treatment process for Evan’s fears of interviews and Maria’s fears of phone calls are noticeably similar. The first step in making positive changes is recognizing it is the fear of negative judgment that is creating the anxiety. Consistent focus on changing thoughts and beliefs
about a situation can create positive, lasting changes in your life. 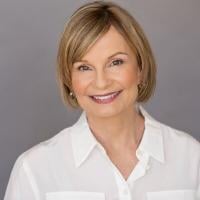