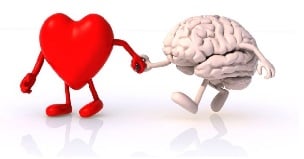 Heart disease is the leading cause of death for women, with 1 in 4 women dying each year. Yet 45 percent of women do not know that heart disease is their number- one killer, responsible for more deaths than all cancers combined.

Depression or anxiety may often follow a heart disease diagnosis in addition to shock, fear, loss of control, and uncertainty about the future.

When New York City native and WomenHeart Champion Yesenia Araujo had a heart attack at age 43, she was dumbfounded. Doctors suggested a lifestyle change of eating right and exercising regularly would go a long way, but she was already eating right, doing yoga and mud runs on the weekend.

“I was devastated and it was harder than I expected because this is an organ that I had no control over,” Araujo said. “I was deeply depressed and didn’t find help until my new cardiologist asked if I’d be interested in a support group for women like me, and I said yes.”

Like Araujo, many WomenHeart Champions underscore the critical importance of support during their time of need. That’s why we have two programs to help: HeartSisters Online, which offers virtual support groups for women nationwide and SisterMatch, our unique program that pairs newly diagnosed women with heart disease to those who are thriving with heart disease.

“Being in a community with my heart sisters is the best part of having a heart attack,” Araujo said. “I know now that I am not alone.”

For WomenHeart Champion Marcia Kritzler-Egeland seeking a therapist helped her regain her sense of self.

The first she learned of her own heart disease came at age 65 when she experienced her first heart attack. Her second heart attack came while she was undergoing a catheterization for the first.

Though she’d visited a cardiologist in her 40s because of family history, she was told that because she was a woman, she was “protected from heart disease.” Though she was living with type 2 diabetes and was slightly overweight, she never considered herself a candidate for heart disease.

“I was scared, no longer in denial, and on an emotional rollercoaster,” said Kritzler-Egeland. “I was weaker than I had ever been and that weakness along with my emotional state made me feel like a train wreck.”

A self-described optimist, Kritzler-Egeland said she remembers waking up in the hospital looking out the window feeling grateful and thankful for her life. She knew she had to do whatever was necessary to regain her health.

“If I had known about WomenHeart, I would have asked for a SisterMatch, but I didn’t know. So I called a local therapist and started seeing her twice a week,” Kritzler-Egeland said. ”She helped me understand that it was ok to be a survivor. [She] helped me immensely, but I think that if I had spoken with women who had similar experiences to mine, my progress would have been faster and greater.”

Never underestimate the power of support, resources, and the open arms and ears of someone who has been in your shoes. For more information and to learn how WomenHeart can offer support, please visit womenheart.org. 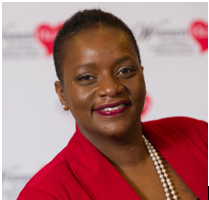 Calondra Tibbs is the Chief Operating Officer of WomenHeart: The National Coalition for Women with Heart Disease, the only organization dedicated solely to advancing women’s heart health, providing resources and support for the 48 million women living with or at risk of heart disease.