Three Syrian Refugee Children on the Streets of Istanbul 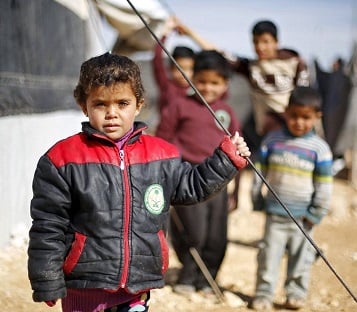 Omar: “My name is Omar. I came to Istanbul in the summer of 2012. I lost my mom and toys in Aleppo. I was eight and my younger brother, Aziz, was seven when we crossed the border with my dad. Dad received a back injury during the war. We are both working at the textile factory; we weigh threads and carry them around to different departments. I earn about $110 monthly, and my brother—he is younger than me—makes about $100. My dad is still struggling with back pain and the language, but we are taking care of him. We are men, we are the breadwinners.”

Hassan: “Listen, listen! Can you hear this? When we first arrived, my younger sister was running around and trying to hide whenever she hears a plane. I told her a million times that it carries passengers, not bombs. I am not sure if she believes me. It takes me three straight hours to find where she is hiding. She is better now, though still way to go. She is still shy and reserved with strangers. She is very good with me. We watch Caillou together. I sometimes find her crying when she sees other children going to school. I haven’t told her yet, but I am saving money. I also want her to go to school. She will be older than her classmates, but she is a smart girl; I am sure she will be fine.”

Ayesha: “My mom, dad, and two twin brothers are in Germany now. They left me here with my aunt. Two months after I had my first period, my aunt attempted to marry me to my older cousin. He was around 25 years-old at that time. I ran away from the home but got lost. Police found me. They assigned a social worker for me. My social worker, brother Ali, was able to reach to my parents in Germany. They say I may be able to go to Germany with my parents, but I am not sure if I really want this. I still don’t understand why they left me behind while taking my two younger brothers.”

Since 2011, over 5.6 million Syrian refugees have fled their own country in order to survive the civil war, according to United Nations (UN) data. As per Turkish Ministry of Health Statistics released in March 2019, Turkey is the new home to 3,651,635 Syrian refugees, which is about 4.5% of Turkish population. 1,670,211 (45.7%) of them are between ages 0-18. Officials estimate that the actual number is higher as a considerable proportion of refugees are not registered. During the journey and transition, they are faced with multiple problems including personal, physical, and emotional trauma; social adjustment; shortage of nutrition; hygiene, and education.

Children are particularly prone to trauma. Direct or indirect exposure to the war has affected most of them. Some have lost their toys, while others have lost their homes, support systems, and schools. Some have lost their parents and grandparents, and some of them personally witnessed the death of loved ones. Their understanding of the world has been dramatically shaken. Their perception of world is as an unstable and unsafe place that has caused intense moral injury for most of them. Furthermore, they are not only dealing with memories of the civil war and a lack of clarity on the whereabouts of loved ones, but they also face the challenges of a new country. They are having difficulty adapting to a new place, culture, language, food, and climate. Sometimes, they experience feelings of estrangement and seclusion while trying to adapt.

I first had the privilege to work with this vulnerable population as a medical student in October 2014 as part of the mop-up campaign for polio vaccinations during my medical training in Istanbul. Visiting houses, talking to family members, and obtaining their consent for vaccinations was a valuable and enriching experience. I remember seeing two-room houses occupied by 10 to 20 people. Because children are always able to pick up a host language fairly quickly compared to adults, most of my experience was shaped by their experiences. However, I also had the opportunity to witness their resilience and their positive outlooks. Despite their suffering, most of them were hopeful about the future. This should further motivate trainees, nurses, doctors, and social workers to collaborate more. If they—children—can do that despite the odds, we as adults can, too. 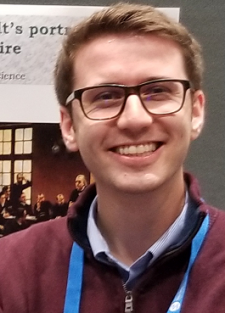